What is China looking for in the dark side of the moon? 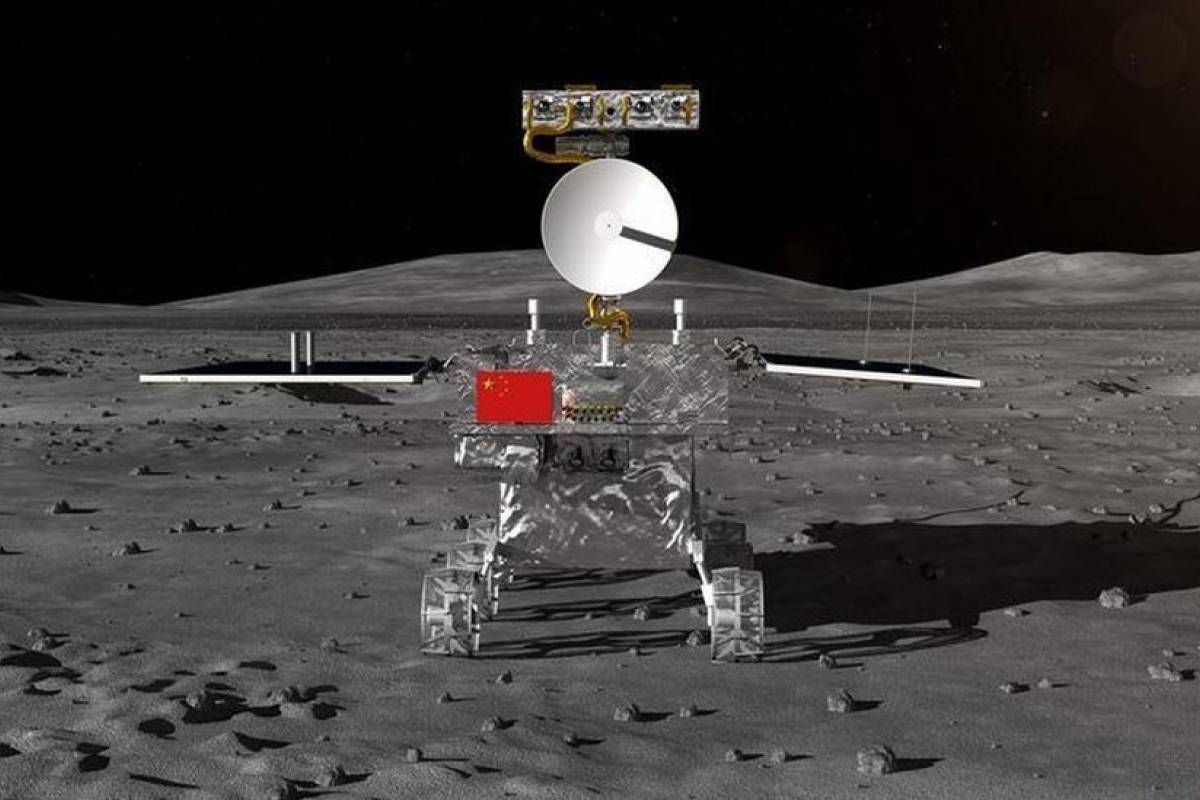 For a long time this was the "dark side", although this part of the moon is also lit by the sun.

The "Dark" refers to the fact that it is a person that can not be seen on Earth.

And also for sure because it has not been studied no spacecraft has come to its surface, So far

Since this Friday China launched the Chang-e-4 mission, which has a launch pad and search vehicle that is scheduled to land on the von Karman crater located on this dark side.

The mission retreated from the Xichang Satellite launch center and the Moon's launch is expected in early January.

The von Kármán kramnik is interesting for the scientists because it is in the oldest and largest area of ​​the lunar surface impact – the pool of Aithen.

It is believed that it was probably formed by the impact of a giant asteroid billions of years ago.

Due to a phenomenon called "synchronous rotation," we see only one face on the Moon, because it takes the same time to spin on its own axis rather than make it around the Earth. 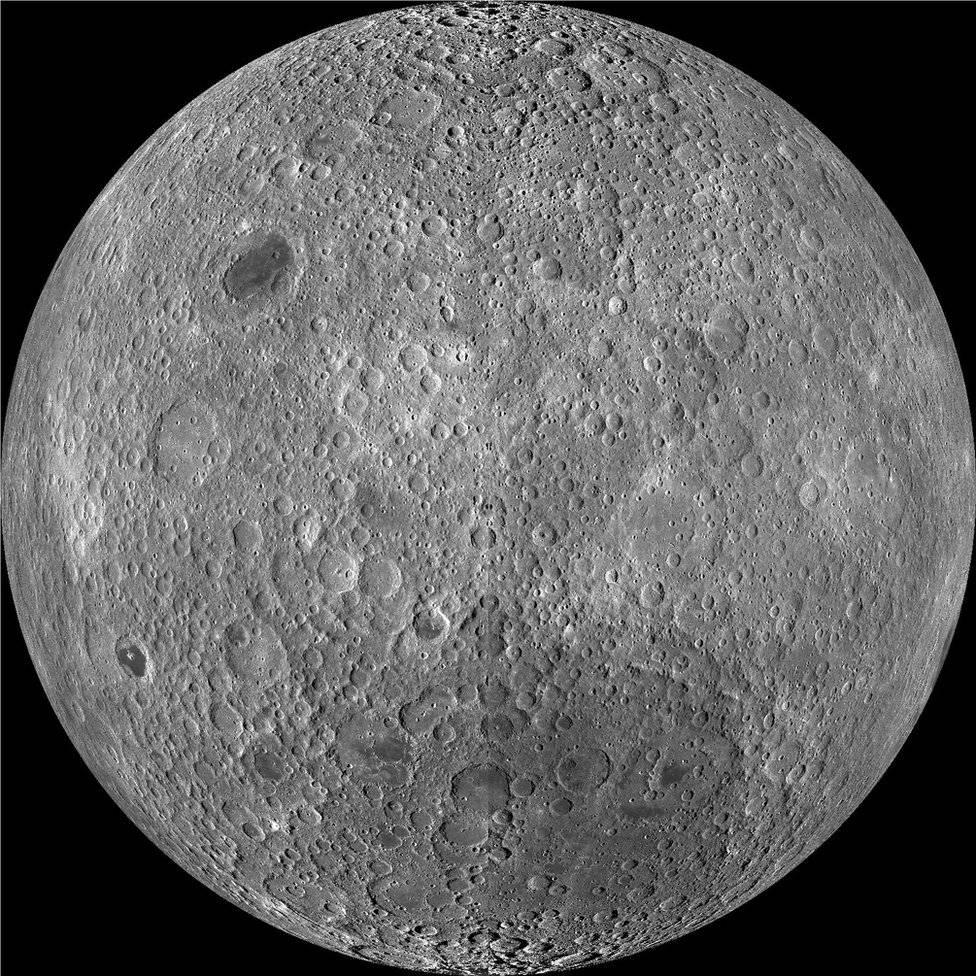 Mission Chan-e-4 is about to open the road to transport Earth to rock samples from this moon region,

The research vehicle is planning to study the geology of the region and the composition of its soil.

The dark side or rather the farthest hemisphere of the Moon looks quite different from what we see on Earth.

Scientists explain that there is an older and thicker crust full of craters. There are also some of these "seas", these dark basalt plains created by the flow of lava that are seen closely.

It is believed that the powerful impact caused by the Aitken basin may have passed through the bark until it reaches the moon cloak. Chang-4 tools can investigate whether this has happened and shed light on the early history of Earth's only natural moon.

The mission will also examine the conditions for transmitting radio waves from the far side of the moon. The test is intended to lay the foundations for the future creation of radio telescopes in this region of the natural satellite that is isolated from the radio signals on Earth.

The descent module will carry a container of 3 kilograms of potato seeds and Arabidopsis, a herbaceous plant family, to carry out a biological experiment.

This experiment in the "Lunar Minibus Sphere" was developed jointly by 28 Chinese universities. 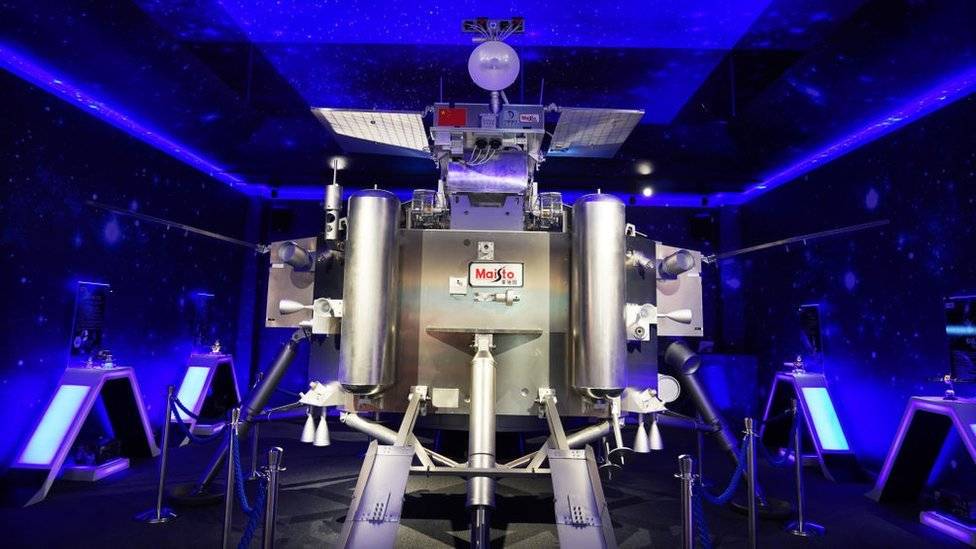 "We want to study the seeds' respiration and the moon's photosynthesis," said Liu Halon, director of the experiment and vice president of Chongqing University (located in central China) several years ago.

Xie Gengxin, the chief designer of the experiment, told Xinhua: "We need to keep the temperature in the mini-bosphere between 1 and 30 degrees and to control proper humidity and nutrition."

"We will use a test tube to direct the natural light from the surface of the moon into the container to get the plants to grow."

When it is on the opposite side of the natural satellite, the descent module will not be in the sight of the Earth. Thus, to send the information to the control center, must use the Queqiao satellite, launched in orbit by China in May.

The design of the probe is based on that of its predecessor Chang-e-3, which landed in the Mare Imbrium area in 2013, although there are some important modifications.

The vehicle carries a panoramic camera; radar for lunar surface research; image spectrometer for the identification of minerals; and an experiment to study the interaction between the solar wind (a stream of particles released from the sun) and the moon surface.

Chang-e-4 is part of a larger lunar exploration program from ChinaChan's first and second missions were designed to gather information from the orbit, and the third and fourth were built to perform Earth satellite operations.

The upcoming Chan-5 and Chan-6 missions will aim to bring rock and lunar soil samples to Earth.

Materials and energy for 10,000 years

In 2013, the BBC had the opportunity to interview Ouyang Ziyuan, a Chinese explorer in the Lunar Exploration and Deep Space Department, for forwarding the Chang-e-3 mission.

Ziuyan said the scientific mission would be testing new technologies and added that "China needs its own intellectual team to explore the Moon and the Solar System."

The researcher outlines the objectives of the program: they must reach the Moon, land safely, bring samples collected on the Moon to Earth, and eventually send missions there.

According to this scientist's view, the exploitation of the moon can be invaluable for mankind.

Since there is no air there, solar panels can work much more efficiently and, as Owyan puts it, a belt of these panels of our companion can "keep the whole world".

The moon is also so rich in helium-3, a possible nuclear fusion that "can solve human demand for energy for at least 10,000 years".

"It is full of resources, mainly rare minerals, titanium, uranium, which are very scarce on Earth, and these resources can be used without restrictions."

"There are many possible developments, this is beautiful, so we hope we can use the moon to support the sustainable development of people and society," said the Chinese expert.

You can now get notifications from BBC News World. Download the new version of your app and activate it so you do not miss our best content.