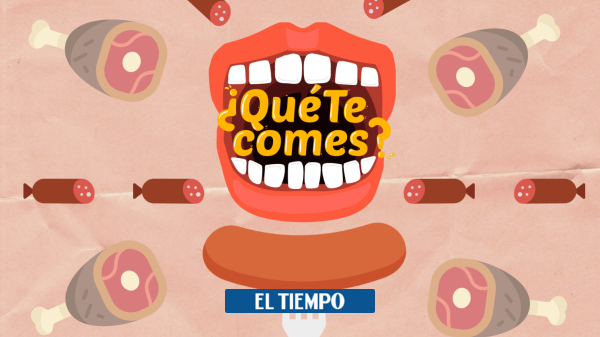 Rice with sausage, sandwich with ham, toast with pate, eggs with ham, sound familiar? When life travels one thousand an hour, a pack of sausages or ham can be salvation.

But although processed meats look harmless, in this # QuéTeComes we join the United Nations Food and Agriculture Organization (FAO) explain what research reveals and the effects they can have on your health if you do not have a smart diet. Remember that there is not a bad diet but an unbalanced diet.

Let's start talking about its consequences

Studies conducted by the FAO have confirmed that the International Agency for Research on Cancer (IARC), an agency of the World Health Organization (WHO) specializing in cancer, assessed the carcinogenicity of the consumption of processed meat and he classifies it as a carcinogen for humans.

This institution included it in Group 1 (which grouped together those elements that are a direct link between the causative agent and the cancer agent) based on the evidence gathered to show that human consumption of processed meat can cause colorectal cancer.

The CIIC Working Group discussed more than 800 studies exploring associations for more than a dozen types of cancers with the consumption of red meat and processed meat in many countries and populations with a variety of diets.

Experts concluded that each portion of 50 grams of processed meat daily increases the risk of colorectal cancer by 18%.

"For the individual, the risk of colorectal cancer due to its consumption of processed meat is still small, but this danger increases with the amount of meat consumed," said Dr. Kurt Straif, head of the CIIC Monograph .

Although these hazards are small, they can be important for public health Many people in the world eat meat and meat consumption is increasing in low- and middle-income countries. Although some health agencies already recommend restricting meat intake, these recommendations are mainly aimed at reducing the risk of other diseases.

These are the products that are included in the list of processed meats:

It refers to those products that are obtained from tConversion of meat by salting, curing, fermentation, smoking or other processes that are used to protect the meat from deterioration of the microorganisms and increase the shelf life. Therefore, they may have preservatives such as salt, spices or additives such as sulphites, nitrites or nitrates.

In addition, they are usually pork or beef, but also offal, poultry or meat products such as blood. Therefore, in this typology are included the famous sausages, ham, beef or canned meat and meat sauces.

According to his work, many types of processed meat can be distinguished:

• Raw processed meat: are those meat derivatives that have undergone a helicopter crushing process and which, as the name suggests, have not undergone any cooking, smoking, curing or maturing process. The most traditional is minced meat from butchers or home burgers. Once they have not gone through the cooking process, they have a very short shelf life (24 hours).

On the shelves of the supermarket is minced meat with additives, which is a product made of minced meat, to which you can add cereals, soy protein and sulphites (preservative additives). In this case, the leakage is much greater than in the previous one.

• Salted meat, preserved and mature (ham, bacon, etc.): salted meats are made with whole cuts of animals that are covered with lots of salt and other ingredients. Later, they can undergo a drying or curing process, ripening, marinade and / or smoking. Salting is done only on whole pieces of meat. Examples: ham, bacon and others.

It is necessary to distinguish the traditional production of meat of industrial origin such as dried ham or bacon, which are commercialized without a maturing period. Industrial meats are injected with brine and sold without hardening or ripening time.

• Sausages: these are meat products that are prepared from minced meat, usually pork, and later fed, as the word says. You can find foods such as chicken, salami, sausage, ham and others.

• Dry meat: It consists of a method of preserving the meat by dehydration.

• Patés: pasta made from meat, liver, or both types of meat, salt, spices, eggs, milk and additives such as nitrite and nitrate or flavor enhancers.

Questions?FAO answers TIME the most frequently asked questions about processed meats: What exactly does it mean to have been classified in Group 1?

FAO: This category is used when there is sufficient evidence of carcinogenicity in humans. In other words, there is convincing evidence that the agent causes cancer. The assessment is usually based on epidemiological studies that show the development of cancer in exposed humans.

In the case of processed meat, this classification is based on sufficient evidence from epidemiological studies showing that its consumption causes colorectal cancer.

Which of its components are those that increase the risk of colorectal cancer?

FAO: A diet rich in processed meat is probably poor in fiber, and we know that it favors the presence of a healthy bacterial flora in the colon. This useful flora produces anticancer compounds such as butyrate.

In addition, these meats include carcinogenic chemicals such as:

• Nitrite and nitrate as preservatives: Additives that protect the growth of pathogenic bacteria that cause botulism and retard rabies but are transformed by degradation into nitrosamines, heterocyclic amines (AHCs) and aromatic hydrocarbons (PAHs), which are carcinogenic compounds.

• Due to the high amount of iron oxide which reinforces the previous point, as it also stimulates the formation of nitrogen compounds in the intestine.

• Because it displaces the consumption of other foods: high consumption of processed meats shifts other foods from the diet, including fruits, vegetables, legumes and seeds, whose fibers and antioxidants offer protection against colon cancer.

What types of cancer are related to the consumption of processed meat?

FAO: The IARC Task Force concluded that the consumption of processed meat causes colon and rectal cancer. There was also a connection with stomach cancer, but evidence This is not convincing.

How many annual cases of cancer can be attributed to the consumption of processed meat?

According to the latest estimates of the global burden of disease project, an independent academic research organization, Nearly 34,000 deaths a year worldwide are due to diets rich in processed meat.

In 2015, colon and rectal cancer is the third most common cancer and the second cause of cancer death in the world.

In Colombia, this type of cancer is the fourth most common and third cause of death after stomach and lung cancer. Considering that in Colombia the incidence and mortality of colon and rectal cancer still tends to increase.

What is the WHO health recommendation to prevent the risk of cancer related to the consumption of red meat and processed meat?

FAO: The WHO recommendation 2002 that people who eat meat should reduce the consumption of processed meat to reduce the risk of colorectal cancer.

Much of the work has shown on the environmental impact of different diets, and most studies conclude that a diet rich in plant foods and less animal feeds benefits both to health and the environment.

FAO: Processed meat products are unnecessary: ​​they do not contribute to the diet that we can not get from other, much more recommended sources. Removing them from the diet has no negative effect, and we know instead that it can have a positive effect. The recommendation is then to avoid or reduce the consumption of processed meat

A bibliography to expand your knowledge on this subject:

This # QuéTeComes has been done in partnership with food and fight
Against malnutrition of the Food and Agriculture Organization of the United Nations (FAO). For comments or suggestions you can write to [email protected]