De Laurentiis: "James wants to come, but Madrid asks too much" 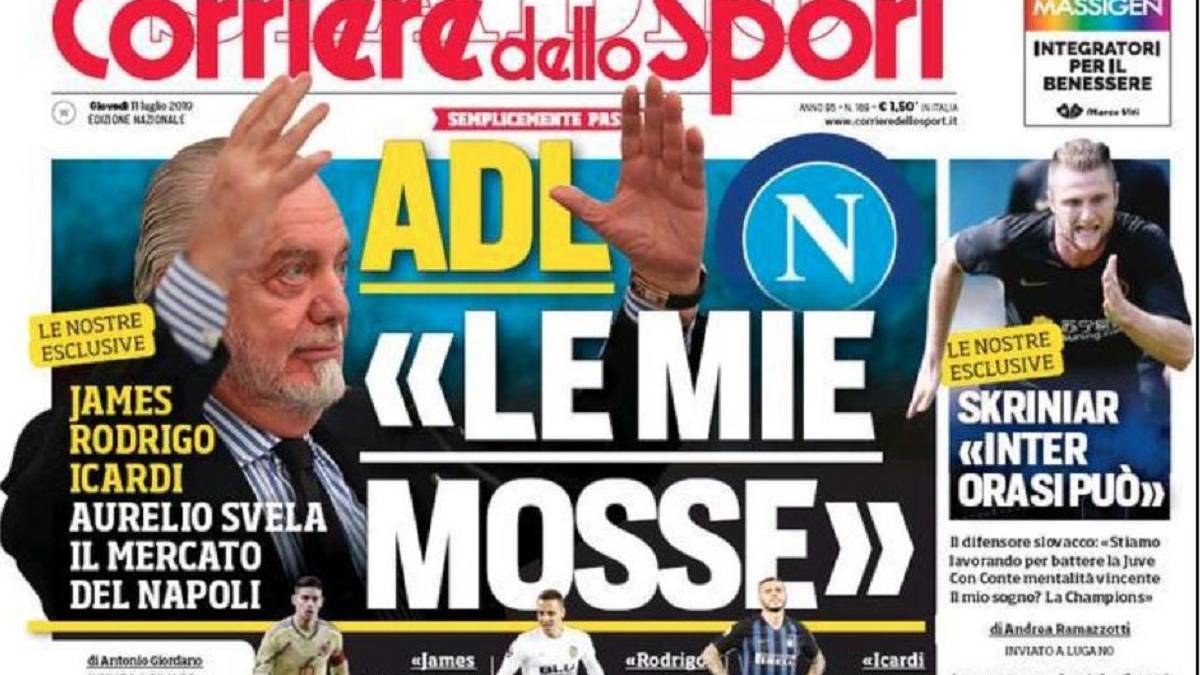 In an exclusive interview with Corriere dello Sport, Aurelio De Laurentiis refers to the movements he makes in this transfer marketThe most wanted person is James Rodriguez, a player that Real wants to sell, and for whom Neapolitans negotiate directly with Florentino Perez and Jorge Mendes.

The president of the Italian team has confirmed that there is a "yes" to the Colombian, but the operation is not easy because of the amount the Spaniards want to raise. "James wants to come, but Madrid asks too much," he pointed out.

For De Lorentis,James is the most media player after Cristiano Ronaldo and MessiThe "10" of the national team of Colombia is Carlo Ancelotti's main goal for his 2019/2020 project. Napoli asks for a cession for one year and then uses the mandatory purchase option.

The leader also talks for Rodrigo and Mauro Icardi, two ahead that sounds loud in recent days. He ruled out that he would make a deal between Captain Lorenzo Insinne and Argentine striker Inter.

Rodrigo loves us very much, but he prefers to stay in Spain. Ikardi is a talent who is poorly managed, seems older than her. I'm not changing it for Insigne– commented De Laurentiis.