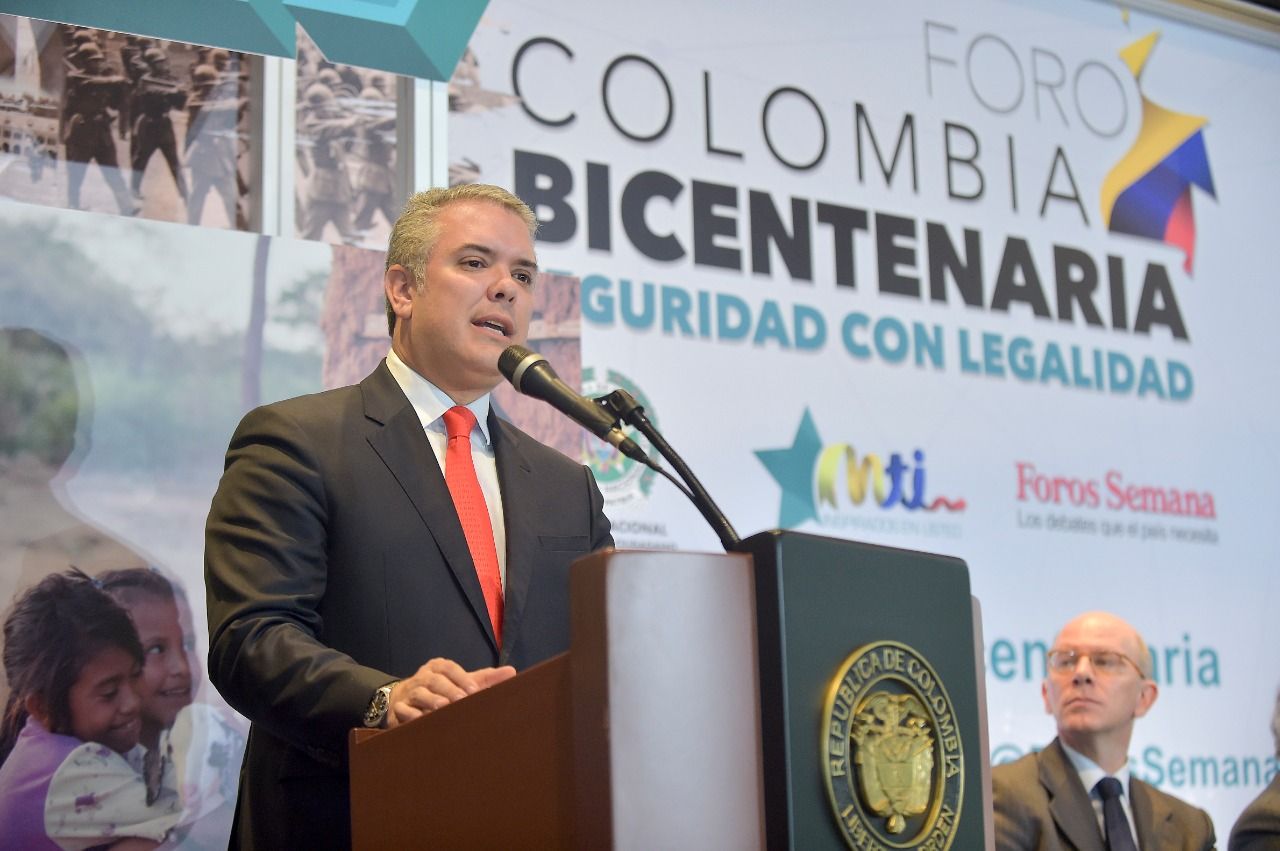 President Duke invited students to make a great national education pact and find a way out of the 11 October strike.

"I am not an antagonist of young people; I want to be part of the solution"Duke said on Thursday at the forum" Colombia Two Years: Security with Legality ", which took place in Bogota.

The president called for "recognition of the government's efforts", referring to the commitment made with the rectors of the state universities.

He also announced that he had instructed Education Minister Maria Victoria Angulo so that, as part of the project to finance the law, which takes place in the Congress of the Republic, a volunteer box is included that allows people to contribute to the public university in their income tax return, "especially if we want to make efforts so that generators of employment have greater opportunities for expansion"

The Colombian leader once again mentioned the 500,000 million students that the university demanded to address the deficit that higher education institutions have for the current year.

"When is this year's education budget approved? During these 100 days?" Clearly, "it was approved last year and no one claims it." Also, when these statements were made for contributions to the IPC + 1.8 base, which were insufficient or stated, "he added.

He also noted that the government is calling for the talks on the topic not to be a mass meeting but to seek structural solutions aimed at building a grand pact for education.

Meanwhile, for the afternoon of Thursday, students and lecturers are expected to return to the negotiating table with Education Minister Maria Victoria Angulo.