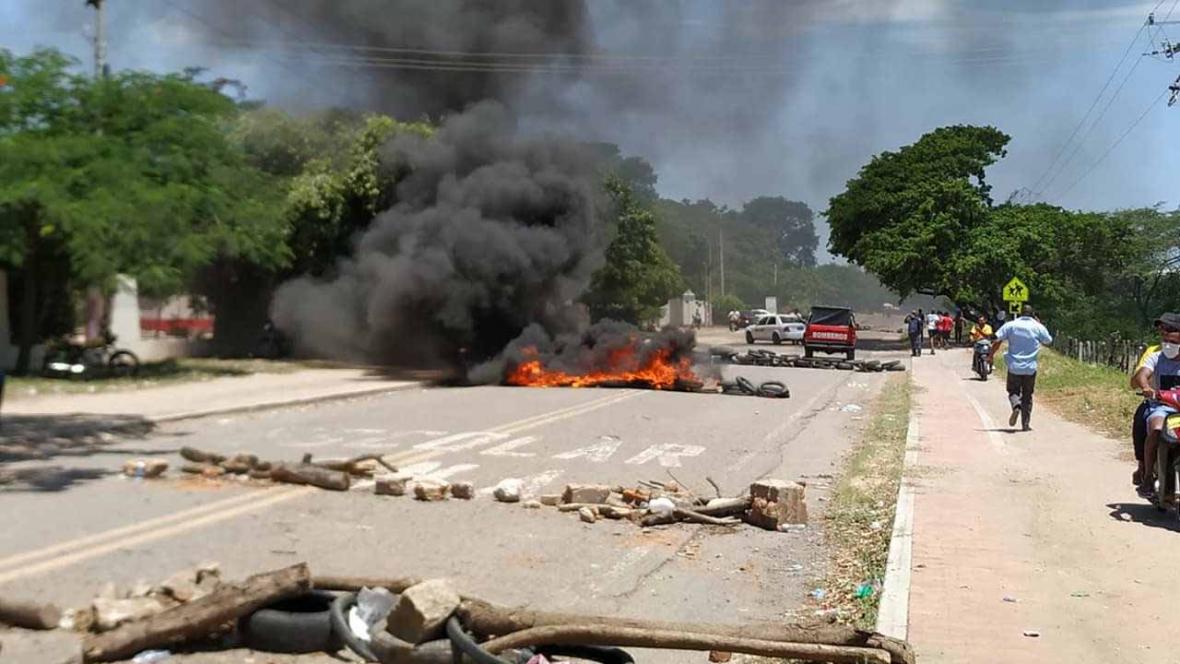 Minterier agreed with the leaders of the protest that there would be no toll tax in San Juan del Cesar, category 1, until July 10, the date on which the Council of Ministers will be held in Fonseca.

Interior Minister Nancy Patricia Gutierrez has promised leaders that there will be no San Juan del Caesar charge (cars, vans and minibuses) until July 10th, the date on which it will take place. Council of Ministers in Fonseca, south of the Department.

The official came to the department on behalf of the government in the face of the protests presented by the poor state of the roads, along with other departmental problems.

Prior to the announcement made by the Director of Invias on Thursday for the investment of 25,000 million pesos on the roads of La Guahira, governor Wilbert Hernández acknowledged the efforts of the central government and his presence in the department, but rejected that figure, indicating that it was not sufficient to respond to the state of emergency and the reasons why the community ended more than four days with blocked roads.

After dialogue with the senior official, it was decided to convene a Council of Ministers, to which the director of Invías will join for the next 10 July, where the Minister of Transport, Finance, Health, Education, Mines and Energy, Housing and the NPD will attend.

He said he would be looking for ways to increase the $ 15,000 million that will be invested next year in La Guajira, from $ 25,000 million proposed yesterday by Invías, and also prioritize the various problems of the peninsula, especially roads and education. "This is an opportunity to declare school emergency assistance in the department and thus address the shortcomings in this area, with priority being to transport to school," the president said.