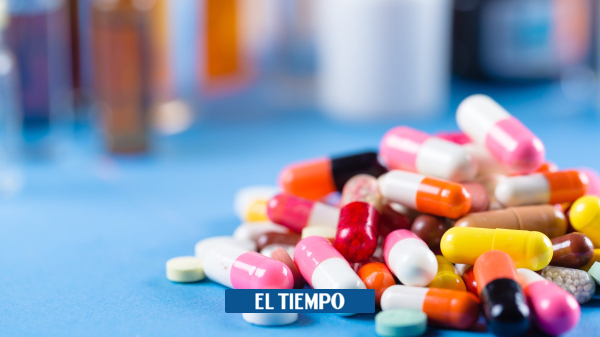 The World Health Organization (WHO) has just updated your list of Basic Medicines and Basic Diagnostics, two guidance documents that help countries to prioritize which products should be widely available and in this sense accessible to all health systems.

In the list of treatments that should be considered standard and published on Tuesday, WHO includes products against cancer, stroke, rheumatoid arthritis and inflammatory bowel disease.

In particular, the updated Primary Medicines List adds 28 adult and 23 for children and specifies new uses for 26 products already listed, making a total of 460 products which are considered vital to address the basic needs of public health.

"Worldwide, more than 150 countries use the WHO's Main Medicines List to guide decisions about which medicines represent the best value for money based on evidence and health impacts," said Tedros Ahanom Ghebriyues, WHO Director-General .

As the WHO Director said: The main novelty in the list is one of the latest and most advanced cancer drugs, "Strong assertion that everyone deserves access to these life-saving drugs, not just those who can afford them."

In particular, five new anti-cancer therapies are based on better survival rates for cancer of melanoma, lung, blood and prostate.

On the other hand, two new immunotherapies are recommended: levelumab and pembrolizumab, they have improved survival by 50% for advanced melanomas, incurable until recently.

The list also Three new antibiotics have been added for the most common and serious infections that can achieve better treatment outcomes and reduce the risk of antimicrobial resistance.

In addition, new oral anticoagulants were included for the prevention of stroke, atrial fibrillation and the treatment of deep vein thrombosis as an alternative to warfarin.

According to them, WHO are particularly beneficial for low-income countries, as they do not require regular monitoring, as opposed to Warfarin.

They also appear biological products and their respective biosimilars for chronic inflammatory diseases such as rheumatoid arthritis and inflammatory bowel disease.

On the other hand, there is a thermostable carbetocin for the prevention of postpartum hemorrhage, a new formula that has oxytocin-like effects, the current standard therapy, but which offers tropical benefits as it does not require cooling.

The Commission, which drew up the list, did not recommend the inclusion of methylphenidate, a medicine for attention deficit hyperactivity disorder (ADHD), as uncertainties were found in the possible benefits.

In the document known on Tuesday, substantial diagnosis is being updated 46 common tests that can be used for routine treatment of the patient as well as for the detection and diagnosis of a wide range of diseases and 69 detection tests, diagnosis and monitoring of specific diseases.

The first list of key diagnoses was published in 2018, focusing on a limited number of priority diseases: HIV, malaria, tuberculosis and hepatitis. This year's list has been expanded to include more non-communicable and contagious diseases.

WHO added 12 tests to detect a wide range of solid tumors, such as colon cancer, gut, prostate, breast and germ cells as well as leukemia and lymphomas.

In infectious diseases, the list focuses on cholera, leishmaniasis, schistosome, dengue, and lice. In addition, a new section on influenza tests for healthcare facilities in the community where no laboratories are available was added.

The list has also been expanded to include additional generic tests addressing various diseases and conditions, such as iron tests (for anemia) and tests to diagnose thyroid dysfunction and sickle cell disease (hereditary form of anemia).

Another remarkable update is a new special test section designed to detect blood donation. This is part of the WHO's strategy for safer blood transfusion.

How does it affect the Colombian health system?

For several decades, the WHO has published this list of key medicines, which, according to Cesar Burgos, president of the Columbia Association of Scientific Societies, has become a guide to delivering these products as a priority. Similarly, this is an orientation for governments to stimulate production, imports and favorable purchases of these elements.

And although this is a guide and must be taken into account, in the case of Colombia, the structure of the health system ensures access to all medicines required by patients based on a regulatory model in which, for example, in the case of cancer and other high costs, coverage is universal.