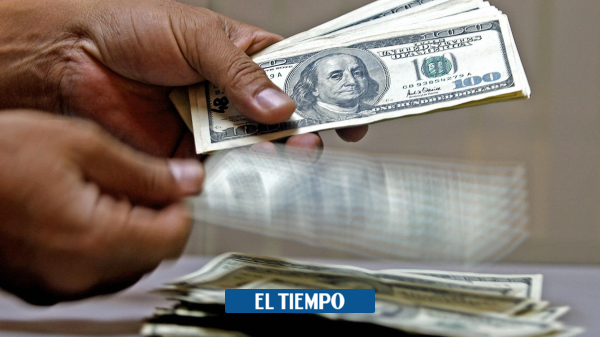 The dollar had that day on Tuesday a new downward moment, which ended three weeks was agreed, on average, at 3,187.18 peso,

Analysts say the weakening of the US currency in recent days is related to the expectation that interest rates in the US will be reduced Demand for dollars on international financial markets is declining.

(You may be interested: "The high dollar hit the import of building materials")

The same event led to an increase in public debt securities in the country. TSEs with maturity in July 2024 were rated at 5.2% yield.
Meanwhile, on the Colombian Stock Exchange, Shares declined by 0.15%, according to the Colcap index, which closed at 1557.9 points.

Last week, the Federal Reserve (Fed, the central bank of the US) maintained its steady interest rates, but noted this There will be a reduction before the end of this year.

Even before the Fed meeting last week, the expectation of a possible increase in US interest rates remained, but with the weakness of the global economy and the effects of the trade war, all odds are tilted to reduce the interests of the largest economy in the world.