The departure of the design boss, a sign of new times in Apple? 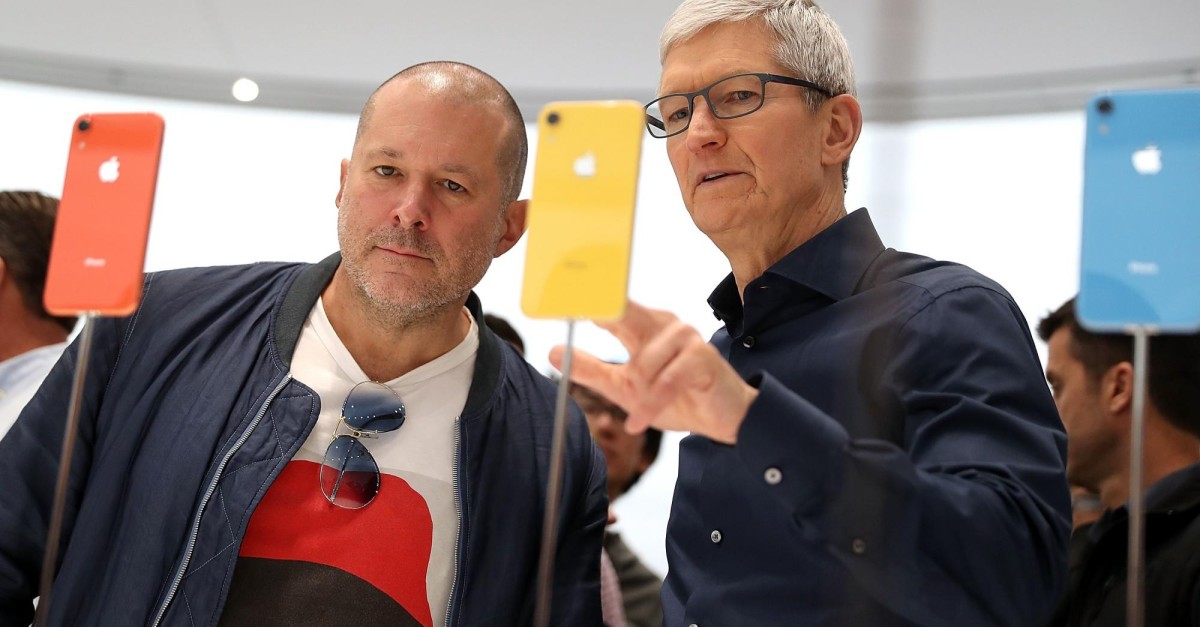 The march, announced by Apple's chief designer Jony Ive on Thursday, has a symbolic meaning for the company beyond the farewell to the person who formed the iPhone, as this is a clear sign of the new times the company is experiencing, farther from hardware.

You can read: The iPhone designer leaves Apple after almost 30 years

With the saturation of the global mobile phone market (iPhone sales stagnating or falling for months) and high-quality competition in computers and other devices in Asia, Apple has decided to focus its future efforts on services.

For the most popular hardware maker in the world, this is a big change and the departure of Ive, who has been in the company for almost three decades and who, after Steve Jobs's death in 2011, has continued to represent Apple's creative "spirit", suggests an ideal illustration of the new times.

Ive came to Apple in 1992 when the company experienced its worst moments after the resignation of its co-founder, Steve Jobs, for address inconsistencies He had taken the company and continued to lead the design department four years later, in 1996.

After Jobs's return to Apple in 1997, the two men created an intense friendship, and Jobs gave a large share of power, placing it at the highest levels in the company, giving it almost complete freedom to shape and shape ideas. that he had.

The collaboration between the two came in 1998 with iMac, the first desktop PC in the new series to survive today; and a few years later, in 2001, the iPodthe portable music player, which has decisively contributed to the change in the music consumption and the revolution that the industry has suffered since then.

But the fruit of the products of both minds, which would undoubtedly have a greater impact on the future of Apple and the technology sector as a whole, is the smartphone of the iPhone in 2007, whose successful design, thought by Ive, is the one that has become a norm in the industry and which is due to the shape of current phones.

"Johnny is the only figure in the world of design and his role in Apple's revival can not be underestimated, from the innovative iMac from 1998 to the iPhone and the unprecedented ambition of Apple Park (the new building that houses the company headquarters, said Tim Cook, CEO of the company, when he announced his departure.

Job's vision and Ive's work were the cornerstones on which the golden age of Apple is established, mainly focused on hardware, and which in August last year made it the first US registered company. in excess of a trillion dollars in the capitalization of the stock market.

This milestone, however, was a late mark of the company's best years, as you could already start to notice some clouds in the horizon of the fruits of change. technological panorama that they put into control Apple's immense dominance if it bets almost exclusively on hardware.

In the last months of January and April, Apple submitted reductions in compensation in relation to the previous year, some results in which the decline in iPhone sales (which still accounts for more than half of the company's total revenue) plays a key role.

Conscious of the difficulty of continuing to compete for a larger market share in the hardware world, the company in Cupertino (California, USA) has resolutely taken advantage of the enormous and in many cases the zealous customer base with whom you now have to sell services.

So in March, instead of pulling out a new iPad or a new MacBook, Apple held a press event where all news was services: Apple TV +, Apple News + and Apple Arcade.

These changes have reduced the importance of Ive, industrial designer and very focused on physical products, which along with personal problems accelerated his march.