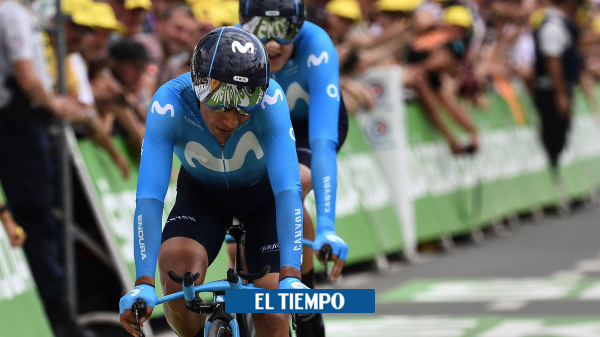 Colombian Niro Quintana assured that the 45 seconds lost this Sunday in the team test the Tour de France regarding Ineos "is not the best result", although he admitted that they expected to leave time.

"We gave what we had, with our opportunities we have done a good time. Time to waste is planned. This is not the best loss, but we already know it from the beginning, "said Movistar's rider.

The Colombian was left with the good feelings he had on the road and said that when they reached the mountain they would be able to recover. Quintana is 95th in the leaderboard 1.15, Dutchman Mike Teunissen and 45 seconds behind his compatriot Egan Bernal and British Geraint Thomas.

The Colombian was more pessimistic than the other members of his team who took time for good. This is the case with Director Eusebio Unce, that he considers the "lost" income to be "reasonable", given that the land "is not ideal" for his team.

"We are happy, we spent the day in a good note," said Unzu, while the other team leader, Spaniard Michel Landa assured that the rented rent was "within the limits" they were expecting.

"I am very happy with the team, they have taken us very well at Kintana and I. We have a team more focused on the mountain and it's hard to be at the same level in these tests," the Spaniard said. Landa admitted that it was a "burden" at a similar stage, but said the rented rent was "within the expected".

"We will save this week as best we can and then our area comes," he said.