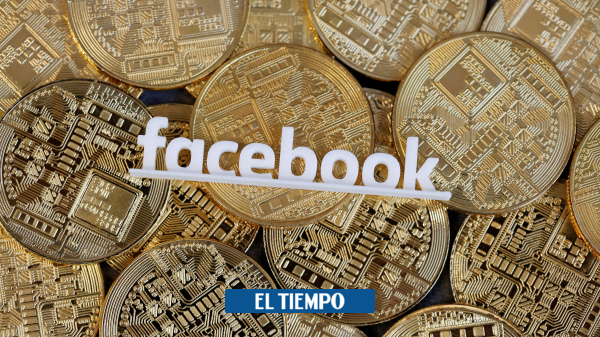 Facebook has just announced its latest commitment to the world: Libra, a crypto-wave designed to function as private money all over the world. While preparing for the adventure, Facebook CEO Mark Zuckerberg is in talks with central banks, regulators and 27 associated companies, each contributing at least $ 10 million. Because of fear of creating fears about security, Facebook avoids working directly with commercial banks.

Zuckerberg understands that technological innovation alone will not guarantee Libra's success. It also needs a commitment on the part of governments to impose contractual relations in the network that support the currency and to allow the use of their own currencies as collateral. If a pound ever endured, central banks would be obliged to offer liquidity.

The question is whether governments understand the risks that such a system would bring to financial stability. The idea of ​​a private and accelerated payment system with 2,600 million active users may sound attractive. But, as every banker and monetary regulator knows, payment systems require a level of liquidity support that no private entity can provide.

Unlike states, private parties must work within their means and can not unilaterally impose financial obligations on others if necessary.

This means that they can not self-indulge; they must be rescued by the states, or someone must resolve their insolvency. Moreover, even in the case of countries, fixed parities – how much I have to give from a currency to get a unit of another currency – offer only a security illusion. Many countries had to give up these parities, always insisting that "this time is different."

What distinguishes Facebook from other "private money" issuers is its size, its global reach, and its desire to "move quickly and break things". It is easy to imagine a scenario where saving the pound may require more liquidity than a country can offer. Recall the case of Ireland after the financial crisis of 2008 When the government announced that it will take over the obligations of the private banking sector, the country sinks into a sovereign debt crisis. To a giant like Facebook, many nation-states may be very similar to Ireland.

Facebook is moving at full speed, as if it's just another private company. But like many other financial intermediaries, the company promises something that in no way can meet alone: ​​protecting the value of the currency. We are told that Libra will be linked to a basket of currencies (fiduciary money issued by governments) and will be convertible on demand and free of charge. But this warranty is based on an illusion, because neither Facebook nor any other private party will have access to unlimited reserves of related currencies.

To understand what happens when regulators sit idly while financial innovators create put options they are considering the collapse of money market funds in September 2008. FME's investors were promised that they could treat their holdings as a bank account; In other words, they could draw as much money as they had when they wanted. When Lehman Brothers collapsed, however, all FMM investors tried to withdraw money at the same time, and then it became clear that many funds could not meet. In order to avoid a common move on all MMFs and the banks that supported them, the US Federal Reserve intervened to provide liquidity support. Pounding will require much greater support, as well as close coordination between all the central banks concerned.

Given these gigantic risks, governments have to intervene and stop Pound before it comes out next year. Otherwise, as warned by the chairman of the US House of Representatives' Financial Services Committee, Maxin Waters, governments can also begin drafting their own wills. In the jargon of finance and banking, "living will" is a written plan that banks present to regulators describing how they will face an insolvency episode. In the case of a government, living will will have to explain how the respective authorities will react if Libra drops its exchange rate parity and unleashes a global mileage.

Obviously, this raises a number of important issues. Will governments engage, like the former Fed Chairman Ben Bernanke, in September 2008, followed by the President of the European Central Bank Mario Draghi in July 2012, to do "what needs to be done" to ensure survival of currency? Would they have the capacity to do so and, above all, to coordinate their actions – and share the losses – with all the other parties involved? Can governments take control of the system if it is unable to withstand?

The silence in response to the Facebook announcement this week is synonymous with the support for his new and dangerous adventure. Governments should not allow private and non-profit-making countries to put at risk the entire global financial system. If banks are "too big to fail," then states are definitely. If governments do not protect us from the latest act of arrogance on Facebook, we will all pay the price.

KATARINA PISTOR *
© Syndicate Project
new York
* Katarina Pishtor is a professor of comparative law at the Faculty of Law of Colombia. She is the author of the "Code of Capital: How Law Creates Wealth and Inequality."