Closer to the Republic. The repaired Dominican Square will also add a fountain 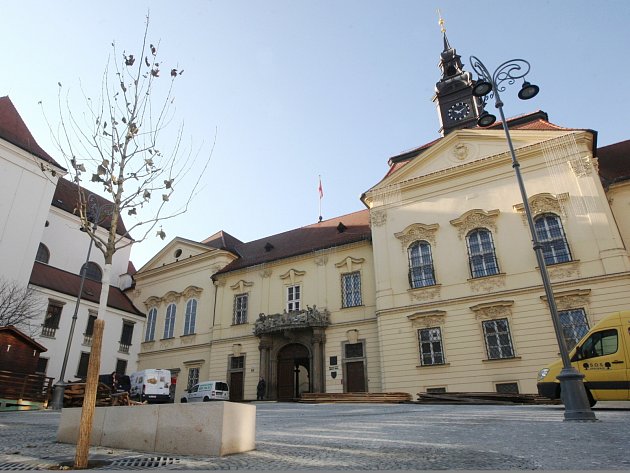 Brno – This year's Christmas Market will be enjoyed by Brňáni also in a new setting in Dominican Square. On Wednesday morning, after several months of reconstruction, city representatives opened the ceremony. In the future, two fountains will be added to the square.

In the past, crowded parking lots have become a place for relaxation and meeting people right in the center of the city after extensive repairs. "Thanks to the reconstruction, Dominican Square is approaching the shape of its first republic. The shape of the square is not final, it will add it to the water element, and I believe that thanks to this, people also prefer the Christmas market," said Brno Mayor Petr Vokřál.

During the rebuilding of the square, archaeologists found hundreds of unique archaeological findings. They found, for example, the foundations of the thirteenth-century Roman tower. Here they consider one of the oldest stone buildings in Brno.

It is precisely because of the archaeological findings that conservation did not allow the planting of four trees planned in the northern third of the square. The builders had to compromise with them, and the trees were finally planted in the center of the square.

Archaeological findings only affect the final shape of the square. The date of completion of construction is not widespread because of them. "Most of the work was completed two weeks before the deadline. Everyone tried to set up a Christmas market in the square, and that was done," Deputy Investment Manager Richard Mrzek.

The total repair of Dominican Square reached 73.5 million crowns. The appearance of the square was also decided jointly by the people. The Brněnans could comment on the idea of ​​moving to the statue of Joseph II. In voting on this holiday, they rejected this proposal.