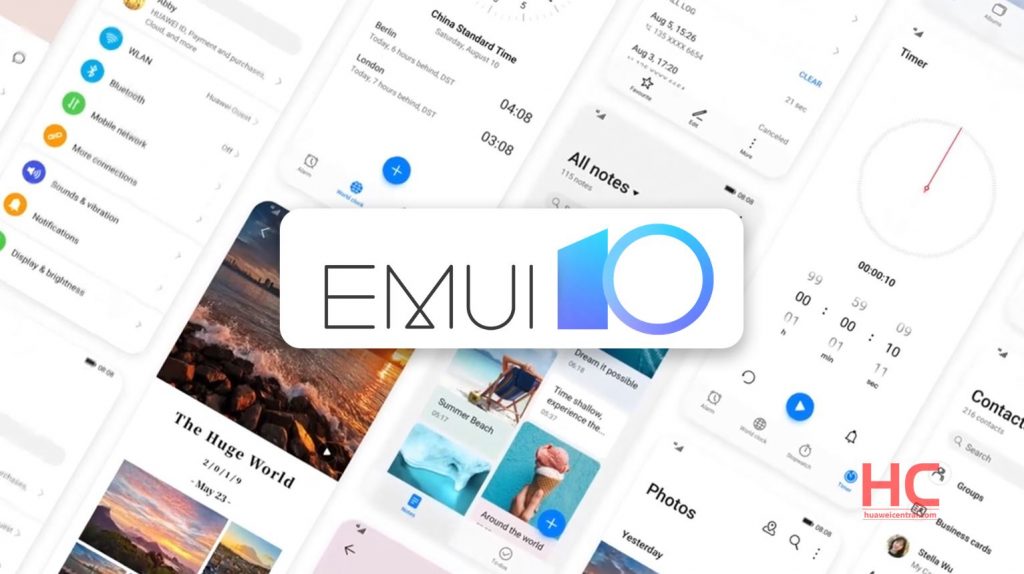 Compared to the previous version, the Huawei EMUI 10 user interface brings a number of significant innovations and improvements, not only in design but also in improved consumer comfort. Now let's take a closer look at some of the announced changes.

UI style in the magazine

The EMUI 10 user interface brings novelty in the form of a magazine layout that includes a dedicated graphical interface, titles, networking, or selection of the most interesting content. This strikes a balance between information and fun.

EMUI 10 also includes two-stage color schemes. The upper part of the screen represents the information part, while the lower part represents the interactive part. The new color style, named after the famous Italian artist Giorgio Morandi's "Morandi Color System", always refers to the top half of the display.

Users can choose from six colors that integrate into the NotePad, Gallery and several other parts of the user experience. According to Huawei, the whole experience of elegance and interactivity.

The new user interface is also enhanced by the new icon design, which is based on a gold section and offers more rounded shapes.

In previous EMUI versions, only white was available in Always-on Display (AOD). With the advent of EMIU 10, users will have much more customization options, whether color schemes or gadgets.

The camera app has also changed to a new cover that now offers more intuitive controls, including switching between photo modes, tools and font styles.

Easy operation thanks to smoother animations

Dark mode perfectly balances the contrast between the dark background and the text, and also handles the color of the text and system icons.