The European Parliament elections in the Czech Republic were over, with the presence likely higher than last time 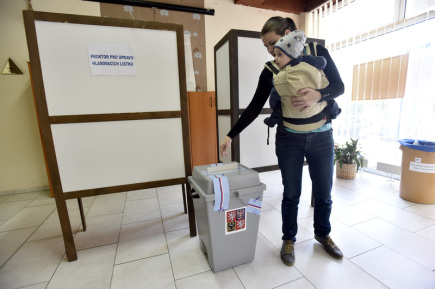 Prague – The European Parliament elections ended in the Czech Republic in the afternoon. The participation was apparently higher than five years ago when 18.2% of the voters voted, offering information from the district councils. The results of the vote will be published on Sunday before midnight, when voters are already voting in all EU Member States. This afternoon, however, the village's result was mistakenly posted for a while on the Central Bohemia Mirošovice website.

The interest of the Czechs in the elections this year was probably higher than in 2014. This time the participation in Prague was often over 30%, but almost half of it. According to preliminary estimates, some other regions will exceed 20%, reported CTK reporters. But interest varies greatly between areas.

Big differences between the districts, for example, were in the mountains. While participation in Sulkovec in the Žďár area is about five percent one hour before the polling station closes, half of the registered voters arrive at Ubušínka in Žinár.

This year in Holubice, Brno, there was a strong over average interest in the European Parliament elections. The participation, nearly 55%, was backed by a local referendum.

Although the Czech Statistical Office will publish the results late on Sunday, the counting of votes began immediately after the polling stations were closed. The statistics from the first regions were received at 2:24 pm, taken at 20:14 at the latest.

The outcome of the European Parliament elections in this village in Central Bohemia was briefly published on the Mirošovice website this afternoon. According to the region, this is a mistake of the election commission. Internet results disappeared following the warning of the Regional Authority.

The results of the elections after Monday's discussion with the State Electoral Commission will be officially announced on Tuesday with a statement in the compendium of laws. From Wednesday to Friday, June 7, the results of the vote will be challenged in the Supreme Administrative Court.