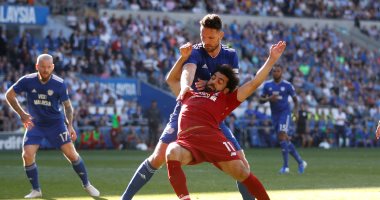 French news reveals that the chances of transferring Mohamed Salah, Egyptian star and Liverpool club to Real Madrid during the summer transfer are great in the light of the tense relationship with the coach of Juergen Club.

According to the newspaper Mirror, quoting the channel "The phone"The connection between Mohammed Salah and Jurgen Klop is not good, which significantly increases the chances of leaving the Egyptian star Mohamed Salah.

"This is the second time a week that the European press has talked about the collapse of the relationship between Mohammed Salah and Jurgen Club." The Spanish newspaper AC has already dealt with this issue before Rami Abbas, the agent of the player, rushed to deny this.

The AU daily reported that Mohammed Salah had asked the club's management to approve his departure in January after arguing with German coach Jürgen Klope, the reason for his Liverpool dissatisfaction.

English club owners tried to persuade the player to stay and withdraw the official request for departure before receiving a promise to approve his departure at the end of the season instead of last January.

Mohamed Salah came into the interests of several big clubs over the last period, mostly Juventus and Real Madrid.