'Ghana have quality players than Ethiopia' 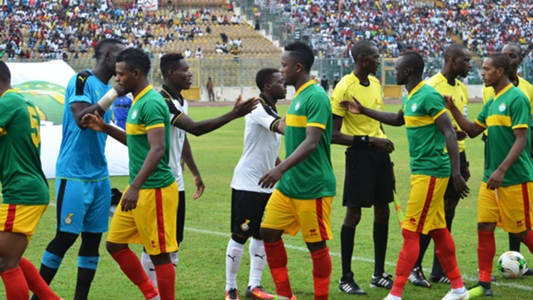 Exclusive: The former defender has urged the Black to dispatch the game to prove they are still one of the best

Ghana's former defender Dogo Moro wants the Black Stars to prove they are still one of the best sides on thrashing by Ethiopia in the 2019 Africa Cup of Nations qualifiers on Sunday.

With leaders Kenya opening a four-point gap between them and Ghana in Group F, Kwesi Appiah's men will need to have full points for their final success in making it to the Afcon finals.

"Ghana is a big football nation so that it will result in victory for the players who will have to do the best for the players. Therefore, they should try their best to defeat Ethiopia," Dogo told Goal.

"The players are winning bonuses and individual glories because that won't help the country to win the game. At this stage, the qualification is what is at stake so they should play as a team to achieve results.

"In all fairness, the Ethiopian don't have the Ghana players who can match it so they have a huge thrashing statement in front of their fans. We have won four titles and those achievements didn't just take place. I remember how we managed to win big games during our time because we were together as a team, "he added.