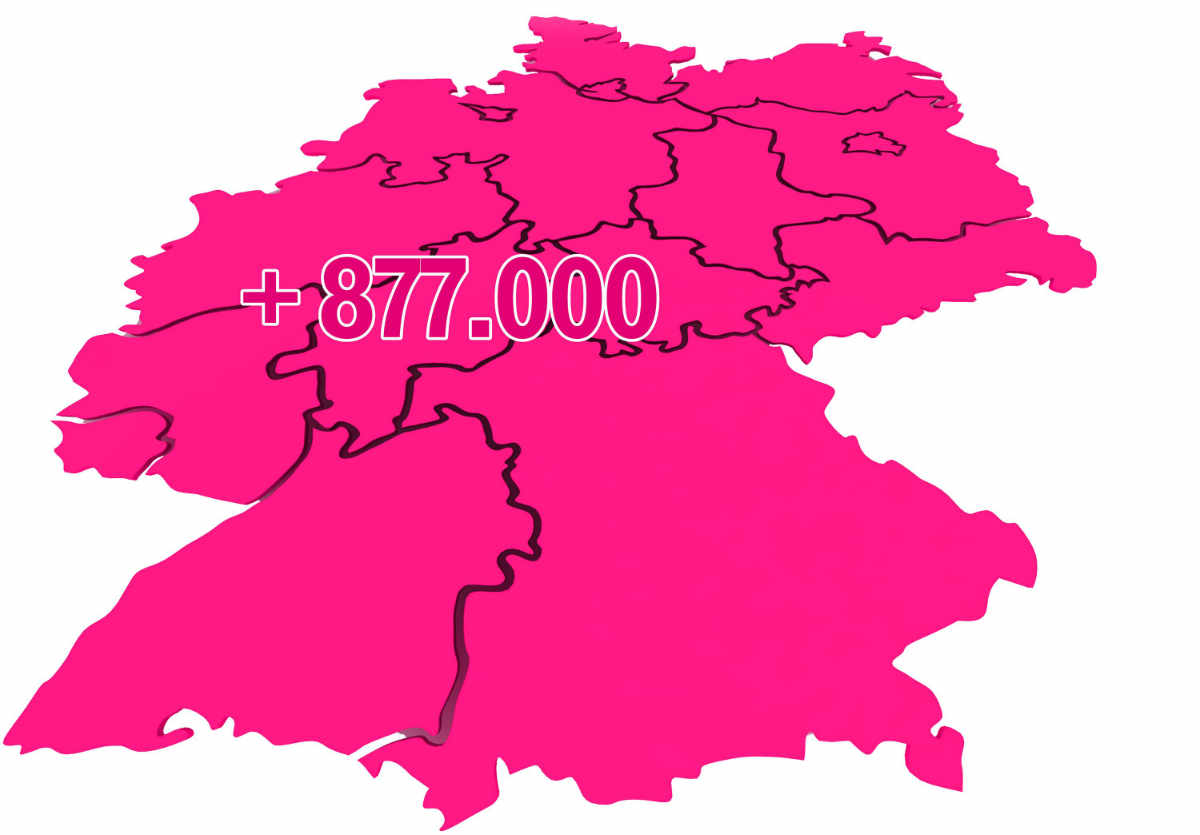 Telekom is currently making about 877,000 connections at higher speeds according to its own statements: At 250 MBit / s one wants to increase the speed for this number of households. In this way, one can guarantee 23 million high-speed connections in Germany in the meantime. Another 65,000 households want to upgrade to 100 MBit / s.

Thus, according to the German supplier, more than 29.5 million connections with 100 Mbit / s or more can now be offered. You can check it out here as well. Even if the telecom grins itself on the shoulder, it remains, of course, not everyone has something of a network extension. For example, I live in an old building where I miss the last mile. The only option is to switch cables in this house if you want to increase speed.

Telekom's clear aim is to move the gigabit society forward. You want to take the growing optical network as a base. Over the last four weeks, it has typically expanded in Munich, Nuremberg and Frankfurt / Main with several thousand connections, as well as in Boizenburg, Körperich and Molzhain with several dozen ports. What about you? What does Telekom offer you at maximum speed? Or does it fail with you, as in my case, even the last mile?