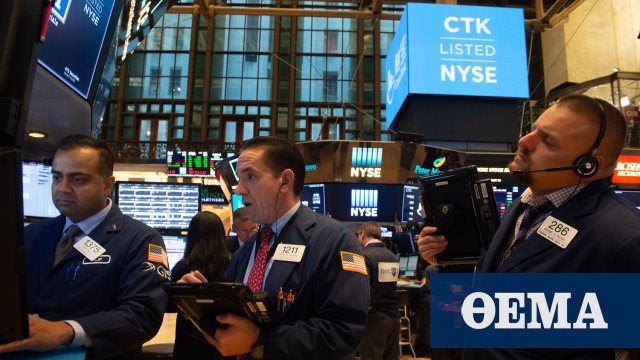 At the same time, the US-China trade dispute, concerns about the impact of the Fed's monetary policy on the real economy, and political developments in Europe, with Brexit and Italy being the main sources of concern, formed a burst of "cocktail". market.

Negatives reacted to the market and a statement by US Vice President Mike Pens, who said on Sunday that it would not "freeze" US duties on Chinese imported products worth a total of $ 250 billion unless Beijing changed tactics to commercial policy issues.

As written by newmoney.grApple shares declined 3.7%, according to a report by The Wall Street Journal, which said the technology giant had cut production orders for the iPhone earlier this year.

Pressure on technology shares also triggered the publication of "The Financial Times", which said the Chinese government had identified "big evidence" of antitrust violations by Samsung, SK Hynix and Micron Technology.

The report also said China would deepen its investigation into three companies.

At the same time, more than 5% of losses were recorded by Facebook, because press releases wanted its founder Mark Zuckerberg to tell his company executives that he was "in a state of war" when he was pressured by deputies, investors, users of popular social networking platforms.