Blamage can be paid for by the National Sports Center 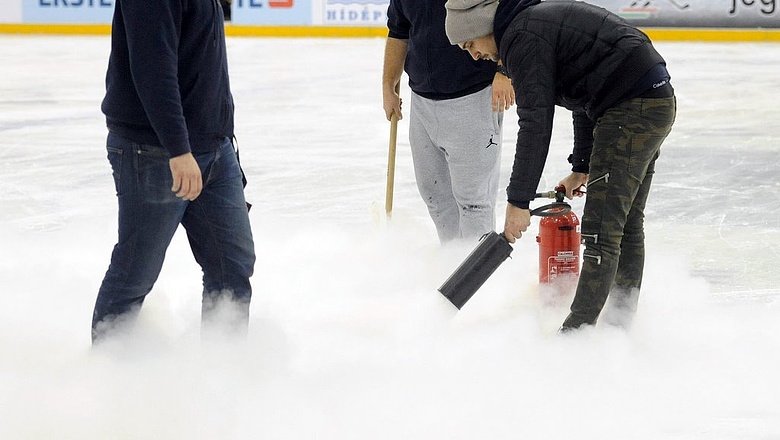 Due to the inability of the track, the Hungarian Hockey match was canceled on Friday night at Tüske Hall. The hockey association considers the unproductive Tüskecsarnok operated by the National Sports Center unacceptable and can claim damage.

The Hungarian ice hockey team failed to play against South Korea in the Four Nations Tournament in Budapest, according to MTI.

During the warm-up, two Hungarian shots broke out in one of the palace glass panels, and there was a problem with ice in the middle of the track: in a multifunctional hall there was a boom where the volleyball catcher was placed, judged dangerous by the judges. They were not allowed to start the game so the players were 25 minutes after the schedule began – the fans "That's a good boy!" in the middle of his shout, they fell from the ice.

1800 spectators were in vain

After trying to repair and freeze the surface, the referee consulted several times and the two team captains examined the ice. However, because officials were undoubtedly dangerous, he had to return to the viewer in 1823 at the Tüskecsarnok without any matches after about one and a half hours.

We want to play a good match with South Korea, but this is one thing that cannot be overcome, "said Team Captain János Vas, who added that the match was not left in his career." This ice surface seems outdated. two matches, I'm sorry for the fans. "

Will not finish later

The Hungarian Ice Hockey Association (MJSZ), holding the tournament, said at the end of the night that "without the right time" the match would not be completed later. At the same time he expressed regret for the team and fans, or indicated that the ticket price would be replaced, and the details would be immediately notified to the Drukker.

Both suitable tools and humans are in the hall

The Alliance found it was unacceptable that "the Tüke Hall on the site is not equipped with a level of leadership or adequate technical skills, nor is it an appropriate technical means to correct defects".

"After we make financial and moral losses to us, we will have compensation claims for the Tüskecsarnok and the National Sports Center operating there," the press release said.

Hungary will play the tournament finals on Saturday starting at 16.00 with the Italian team – MTI writing.