[Borzongás] Social Perspectives – Our phobias create monsters or what? 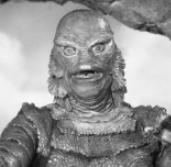 What is behind fear and fear? Article of the terminated special issue of shaking.

(Unfortunately, Horror Magazine's Farewell Magazine has been bidding indefinitely for reduced reading, but you can still read the half-finished Halloween specials on PC Guru Online this week. Follow the Shiver label!)

As many animal species live on Earth, at least as many phobias have been born in human history. But there is a huge difference between phobia and disgust because it does not necessarily mean that one is shy of reptiles, rodents or insects. There is nothing better than proving that I have been suspected of mixed anxiety for years when I see an adult hen or rooster near me. The funny thing is, I always say that I'm scared of them because they look like miniature bicycles. In the meantime, it would be least disturbing if they were not usually unpretentious, primitive and infinitely aggressive. But there is no real phobia. By way of illustration, I have experience of aggressive cock attacks, the fact that no fewer than ten chickens chase my puppy in the yard of our house, and the fact that I pinch my toes one summer afternoon while reading in the garden. However, I dare to touch the chickens, remove the eggs from them and go to the hens to feed them when needed, but if I do not need to do any of them. It's not a phobia, I'm just disgusted with them.

According to the Freudian perspective, the reason for the various phobias is that the object exaggerates the general mechanisms of defense against anxiety. We try to suppress the cause of our anxiety and transfer our fears to controlled, neutral objects, situations or, as we can see, animals. Because some phobias are much more common than others – fear of darkness, height, animals – it is easy for humanity to simply maintain some instinctive fears from an evolutionary perspective, distorting some. So disgust is not a phobia per se, but simply a reaction to an unpleasant situation where one's parents keep chickens in the back garden. Phobia, on the other hand, is an irrational, inexplicable anxiety near the object of our fear, memory, or image that we feel, even if we can say it aloud anyway: the animal I'm afraid of is not dangerous. For some species, such as dog or insect, this is somewhat understandable, but fear of a rabbit, frog or butterfly may seem ridiculous to even the most tolerant, compassionate people. But not a person on Earth who not only feels disgusted but gets sick, sweats, gasps, and also panics when he doesn't like it. And animal horror movies magnify or even create this visceral, often inexplicable, experience.

Although The werewolf and in 1933 a King Kong, the true heyday of horror movies for animals began in the 1940s and 1950s. Will show up The werewolf (1941), a Cat people (1942) and Black Lagoon Monster (1954), whose common point is that its main characters are the people or people who are most appalled by their animal nature. The archetypes of human or animal monsters, such as werewolf, vampire or Frankenstein monster, are born at this time, only in a form different from that of later decades, to live again and again in their renaissance. For some reason it is appropriate to respond to the atomic paranoia of the fifties with giant animals (atom = animals get bigger) so that them(1954) giant ants took over the movie screen and arrived at the same time Godzilla, a tarantula (1955) scream at the audience with a giant spider. The latter is by no means a coincidence, after all, arachnophobia or the fear of spiders is one of the most common phobias – which in many cases has some basis, since many deadly species live on Earth, but still only "fifty" people they die every year. lethal spider bite. To reassure you, one of the most dangerous breeds in the world is the funnel spider, whose poison kills an adult within 15 minutes, but since the development of the antibody in 1981, this species is no longer killed. Hitchcock's Classics of 1963, a birdsIn 1977, the birds were terrorized by the birds For Animal Dayand various species of animals are already attacking humans en masse, just as in the 1976 adaptation of H.G Wells, The food of the godsinches The latter is especially depressing for me, as not only giant rats and wasps but also human-sized chickens defile the population.

In the seventies and eighties classic as shark (1975), a grizzly bear (1976), a Piranha (1978) or They hear (1983), as a result of which hostility to sharks, bears, piranhas and dogs has multiplied, although previously only stereotypes had some sympathy for these animals. For example, sharks attack 100-150 people a year, 20% of which are human-induced and only 15 end in death. On the other hand, pirates have repeatedly found that they can even swim in a pool and if attacked, they will only cause minor injuries but will not chew the bone. Last but not least, Bernat Mountain is one of the most tranquil beasts in the world, unlike Cujo in the movie (though lost, so not completely offset), although it's true that thousands of people die in dog attacks every year , but many are provoked. out. The most shark Writer Peter Benchley said years after the film was made: "Today, I could no longer imagine sharks as evil, senseless killing machines that attack ships and humans. The most shark in its updated version the shark cannot be a crook; this must be written as a sacrifice because the sharks in the world are more oppressed than suppressed. " After the Eighties, Animal Horror Films Spread (1984) Wild beastsor Belve Ferroci for example, highly recommended, such as in the 80's alligator and & # 39; 84 Razorback a decade later, in & # 39; 93 Jurassic Park essentially simulates the animal horror genre, & # 39; 97 anaconda and when it arrived, the genre began to blur and various films about spider, snake, crocodile, octopus, shark, bear and monkey came together. A little later the parody genre began to spread, like The lambs bite (2006) or Zombeavers (2014), who holds a mirror for both animal and zombie horror.

The animal species have disappeared

Then the question of why this may happen may seem legitimate. From the 1950s to the 1990s, animal horror sought its place in cinema, as we saw, with relatively little success, except in the seventies and eighties, animals always appeared as a symbol, for example. on They hear her Bernese hill was simply great because of her abnormal behavior. Then, in the 2000s, something changed, as there was a sharp distinction between the mirror films of the genre and those that took themselves seriously. In the last 10-15 years, some duality has emerged, thanks to low-budget DVD attempts and the rapid release of large-format blockbusters. However, no matter what type we look at, none of the claims is more complicated and complex than nature is imperishable, so you should not do new things with it. What's more – in 2018, the genre went through another renaissance, just think about genetically modified gorillas (Rampage: Rampage, 2018), the killer boar (boar, 2018) or deep-sea sharks (Meg: The shark, 2018). In general, animal horror, although remote and undergoing many changes, has inevitably become a sub-genre of the junk genre. The phobias, however, remained with us.