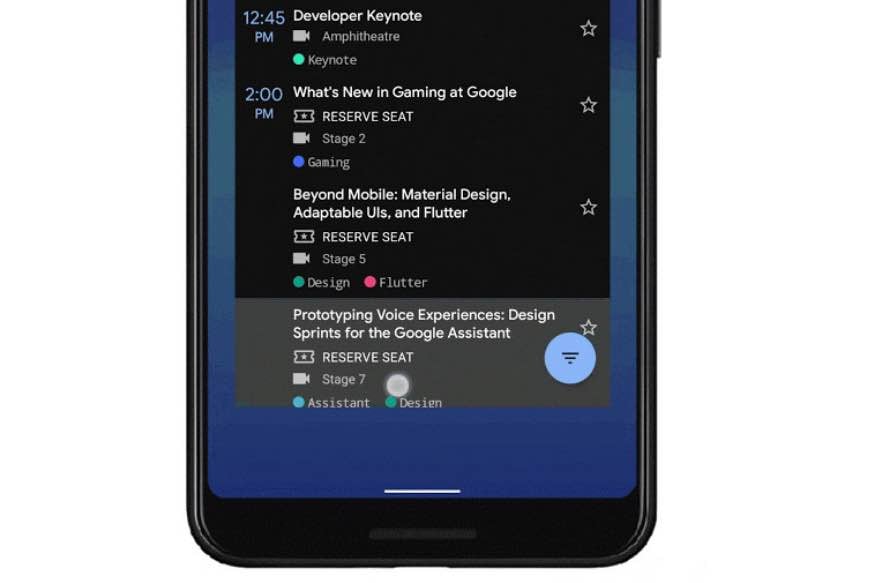 Now that Google has released the final beta of Android Q, the company is working hard to decide why it switched to gesture-based navigation in the new Android version. And then Google acknowledges that most users still prefer the three key navigation bars, which has been common on Android phones all the time. This meant touching the navigation bar at the bottom of your Android smartphone's display to go back, open the drawer of the app, or return home and open the latest maps of the app. But it is clear that a big change is in the way of Android phones.

"Moving to a gesture model for system navigation, we can provide more than just an app screen to allow for a more immersive experience," says Google on the Android Developers blog.

There is no argument that gestures can be faster and perhaps a more natural way to navigate the interface of your phone, and can also be more immersive and less susceptible to accidental touching. This is something we've seen with the Apple iPhone since the iPhone X in 2017. However, the big hurdle is that the gestures provide a steep learning curve, may not work for all users, and may not be ideal for several applications. "A unique element of Android navigation from the start is the Back button. It's appreciated by many users who find Android easier to navigate and learn, ”says Google.

Until now, Android phone makers have tended to give users the ability to use gestures, but remember it was their application, not the official Google way. Alternatively, we assume that most users choose to stick to the conventional navigation bar purely for the sake of simplicity and familiarity.

"But most of all, we learned that there is a greater fragmentation problem when different Android phones have different gestures, especially for Android developers," Google says.

In the past year, Google has confirmed that it has worked with phone makers including Samsung, Xiaomi, HMD Global, OPPO, OnePlus, LG and Motorola in an effort to standardize gesture navigation. Whether that worked or not doesn't matter anymore, as upcoming gestures with Android Q will be the default navigation method.

And that may be good news for you. "Three-button navigation will continue to be an option for any Android device," Google confirms.