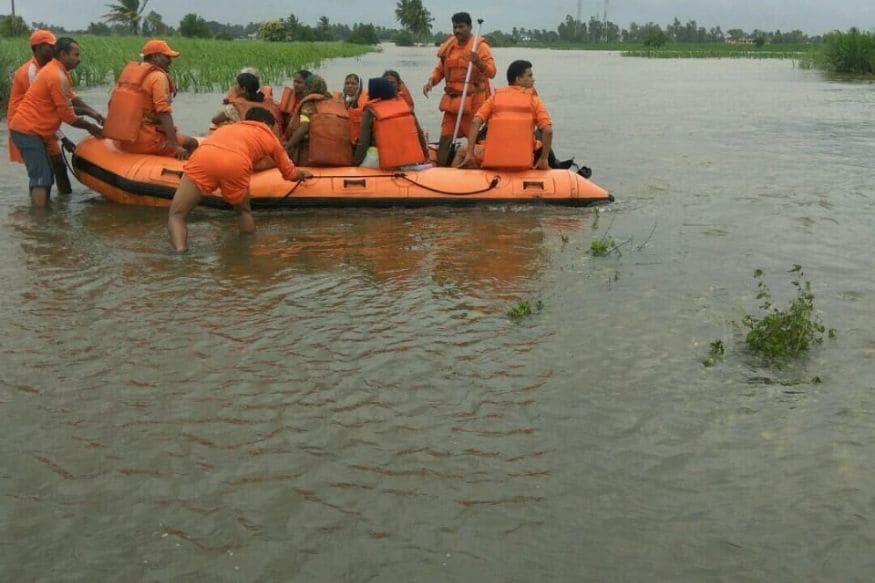 Earlier Thursday, flight operations were halted for four hours until midnight as a precautionary measure in view of heavy rainfall. "Because the apron area was overburdened by the flood, all aircraft operations (were) stopped at Kochi Airport by 3pm on August 11," he said officially. Flights to the airport were diverted on Thursday, a CIAL spokesman said without specifying. The operations were terminated as there was an increase in water levels in the Periyar River and a canal adjacent to the airport.

Heavy rains have annoyed Kerala over the last few days. Eight people were killed in a rain-related incident Thursday, which brought back memories of last year's devastating floods. The flooding in August 2018 made the airport non-functional for two weeks. The airport infrastructure was damaged in the flood, with an estimated loss of Rs 220-250 crore.

In Maharashtra, meanwhile, more than two lakhs of people were evacuated to safer locations due to flooding, which caused devastation in five areas of West Maharashtra, with the Sangli and Kolhapur districts being hit hardest on Thursday. At least nine people drowned in the Sangli neighborhood when a lifeboat rescued. The region has been raining steadily over the last few days.

The total number of deaths due to rain or flood-related incidents in five areas of the region during this period was 27, officials said. Chief Minister Devendra Fadnavis said the Karnataka government has agreed to release water from the Almaty Dam to the Krishna River, which would alleviate the flood in Maharashtra.

The flood-affected areas, especially Sangli and Kolhapur, are staring at the challenge of repairing damaged houses, roads and restoring water and electricity. Divisional Commissioner Deepak Meisecar told PTI that a total of 2.05 591 people have been relocated to Sangli, Kolhapur, Solapur, Pune and Satara districts.

97 102 people have been displaced in Kolhapur, followed by 80 319 in Sangli. In Sangli, water entered the regional jail, forcing authorities to move the prisoners upstairs. Earlier in the day, Fadnavis spoke with his Karnataka colleague B S Ediurappa, who agreed to release five dams from the Almaty dam in Karnak, located downstream of Krishna, originating in West Maharashtra.

At least nine people drowned and four disappeared after a lifeboat boat rolled over near the village of Brahmanal in Palus tehsil from Sangli. The boat, belonging to the local village panchai, carried about 30 people. Late in the evening, some sources set the death toll at 11, which cannot be confirmed. Rescue teams, including NDRF, Navy, Coast Guard and Army, operated in Sangli and Kolhapur.