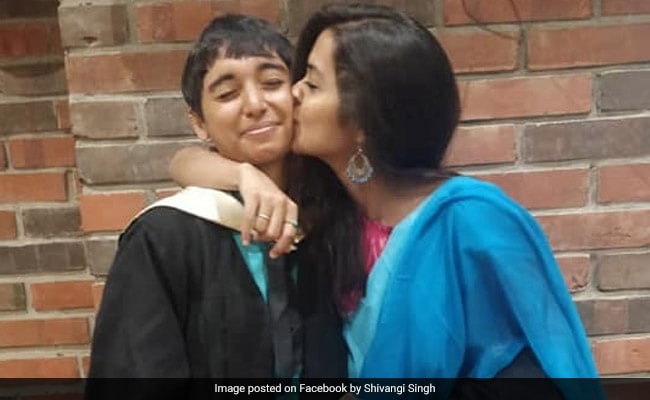 The girls involved were Rasika Gopalakrishnan and Shivangi Singh.

Two women in the early twenties claimed to have been kicked out of a hotel in Chennai on July 28 based on their behavior, which the hotel claimed violated the sensitivity of other guests.

The girls involved were Rasika Gopalakrishnan and Shivangi Singh.

"My friend and I decided to go to a bar called The Slate Hotels on a Saturday night. While they were dancing, there were 4 to 5 men standing at the bar constantly looking at us, which made us very uncomfortable," Gopalakrishnan posted on Facebook.

"As far as we knew, almost everyone else was enjoying as much as us, but why did we get so much undue attention? Why was it so difficult to learn that two people of the same sex were dancing together? The way we were immediately fetishized by people around us (sic.), "said Gopalakrishnan.

According to her, they both entered the toilet.

"Moments later, we hear frantic knocks on our door and instructed us to exit the toilet. 4 men bounced and 1 female rushed inside the toilet, demanding to know what we were doing in the toilet together. They accused us of" doing something else, "they told us they warned of "a few complaints" they received from the guests and insisted we leave immediately. So off we went, "said Gopalakrishnan.

According to Gopalakrishnan, she and her friend pondered their own business, without abusing or abusing other hotel guests.

Wondering how the hotel could throw her and her friend without the opportunity to explain to them the exact reason, Gopalakrishnan said: "Such offensive and unprofessional behavior of the staff is INCREDIBLE. How dare they have the courage to accept that we will be "upto something"? (sic.) "

In a Facebook post, Singh said the hotel manager insisted that they "made people there uncomfortable by taking care of the state" (sic.).

According to Singh, the hotel manager told them that there were video footage of the "dumping" and when they insisted on seeing the footage, the manager said that "there is no need to watch the footage, it will not be necessary". ,

"He lied about the footage – he never existed – so we could be scared of filing, editing our own grievances. This is outright customer manipulation (sic.)," ​​Singh said.

"The manager insisted that they should keep the place convenient for everyone at the club, and the families, etc., would feel uncomfortable with the mere presence of Rasika and myself."

"But Rasika clearly remembers that straight couples were intimate on the dance floor, and while that's perfectly fine with us, those couples were NOT thrown out of the club to make other people uncomfortable. We were kicked out because we were making the right people in the club embarrassing (sic.), "Singh had posted.

Attempts to contact the hotel and the women failed.

"At the bars, hotel staff and pop-ups monitor customers whose behavior is usually unusual. The hotel will take some action against such guests if other guests find it offensive," Yangiya Prakash Chandran, founder and CEO of Crossway Hotels and Resorts said for IANS.

(Except for the title, this story was not edited by NDTV staff and was published by a syndicated feed.)