Sitharaman on V.G. The death of Siddharth 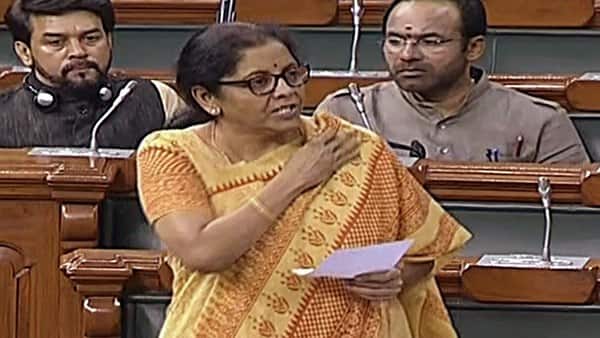 Reacting to the death of VF founder Siddharth, Finance Minister Nirmal Sitharaman said on Thursday that business failures in the country should not be tabooed or looked down on.

Responding to the debate on the Bank of Insolvency and Bankruptcy (IBC) Code in Lok Sabha, Sitharaman stated that businessmen should receive the honorable exit or resolution of the problem in the letter and spirit of the IBC. "Business failures in this country should not be tabooed or looked down upon. On the contrary, we must give an honorable solution or solution to the letter and spirit of the IBC," she said, referring to his demise.

Siddharth's body was found on the banks of the Netravati River in Karnataka on Wednesday. In a letter allegedly written by him, Siddharta alleges, among other reasons, harassment by the tax department as a reason for his final step. The IT department denied the allegations.

Jayadze Gala (TDP) said business could fail because of an economic downturn or a business cycle. Gala also said that banks' accountability should be under control. "Signing a personal guarantee (from an industrialist to borrow) leads to extreme suicide actions," he said. Kalyan Banerjee (TMC) said those who have borrowed from banks will have to pay. Pinaki Misra (BJD) referred to the death of the coffee magnate, saying it was unfortunate that the bankruptcy law "must continue to grow and grow in our country."

He said that was not good for the country because "that is how you do not reach the $ 5 trillion mark."

This story was published by a telecommunications agency without text modifications. Only title changed.