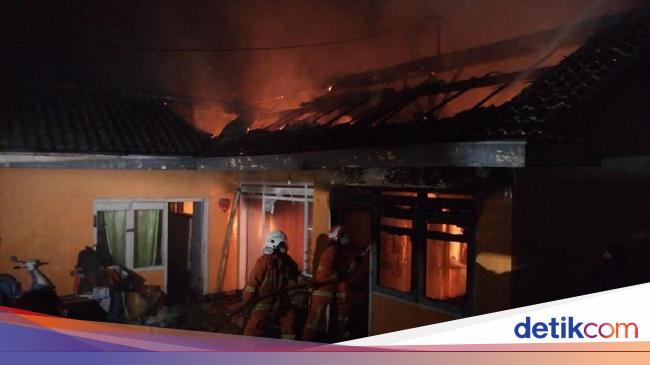 The evacuation process takes place after the fire has been successfully quenched by the city's PMC. From the information gathered by AFP, the fire suddenly swallowed the building of the house. While the occupants in the house were not saved.

Residents who knew about the fire immediately reported this incident to the police and the PKK in Batu about 9:45 am WIB. Soon PMK cars came to the scene to extinguish the fire.

The officers managed to extinguish the fire one hour after the fire broke out. "The initial reports, there was a fire, along with PMK, the manipulation was done," said chief police investigator Batu Ank Waiddo when confirmed Tuesday night.

Anton admitted that his party was conducting a crime scene (TCP) after the fire that burned the house was extinguished.

"The initial information on the victims is four people, criminal scenes are still being made, the results will be delivered later, including the existence of victims in the incident," he said.

The information received from AFP, the fire that has happened, has led to death. At least four victims were declared dead due to a fire. The evacuation process is in progress before the bodies of the victims are taken to the nearest autopsy hospital.