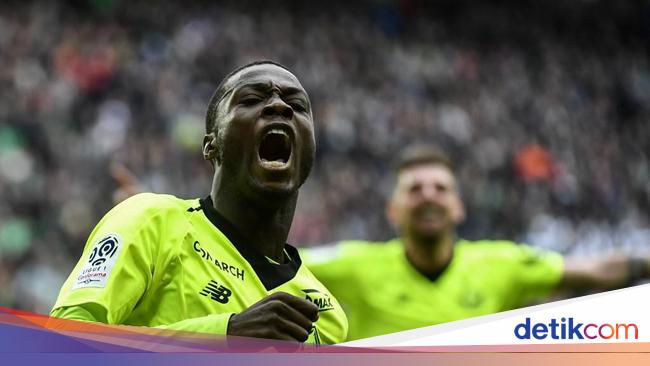 London – Nicolas Pepe has revealed his decision to join Arsenal cannot be separated from the advice of Colo Toure. He received a great deal of information about the London Cannon from Toure.

Arsenal broke the club's transfer record by bringing Pepe from Lille worth £ 72m (Rp 1.2 trillion). The gunners won the competition with Paris Saint-Germain, Liverpool, Manchester United and Bayern Munich, who also showed interest in the 24-year-old.

Pepe is now listed as the fourth Ivory Coast player to be in the Arsenal uniform. Pepe's compatriot, who previously defended the London team, was Colo Toure, Emanuele Ebou and Gervinho.

The predecessors above also influenced Pepe's decision to moor at Emirates Stadium. He claimed to have received advice from Toure, who strengthened Arsenal in 2002-2009.

"Colo Toure is with our team (Côte d'Ivoire) as an assistant coach (at the African Cup). He tells me a lot about a very high level. How he got to Arsenal and then had to work hard to reach best results, "said Pepe. The official site of Arsenal

"Toure, Ebou and Gervinho are big players in Côte d'Ivoire. We talked a lot about Gervinho. He played for Lille and moved to Arsenal. I went the same way."

"They are obviously an example to us, the young Côte d'Ivoire players, and I hope we continue to follow these role models," he said.

Pepe's presence is obviously an additional promising force for the Arsenal front line. He performed brilliantly with Lille last season with 23 goals and 12 assists.