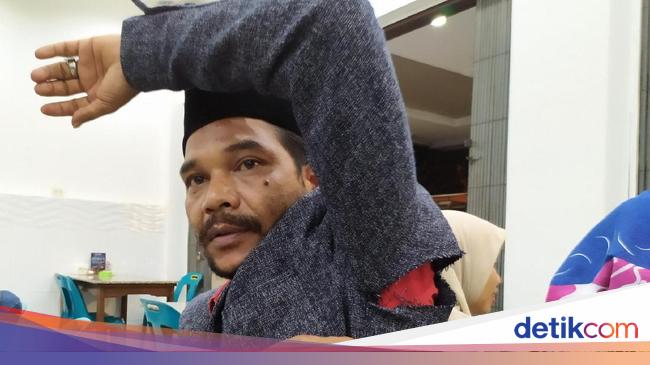 
The Aceh Gang –
DPR member in Ace Nurzari said Commission Chairman I Azhari Cage was beaten occasionally by persons. Azari is alleged to have been the victim of a riot during riots.

"Members of the Ace House of Representatives were sporadically beaten and this was not done by one person. The video that was distributed there had several police officers making it," Nursari told a news conference in the Ace parliament on Friday (16/08 / 2019).

According to him, the beating was intentionally carried out by several police officers. The chairman of the DPR Commission II in Aceh asked the chief of national police and the chief of regional police in Aceh to evaluate the police chief in Banda Aceh, senior commissioner Trisno Rianto.

"Please, if the police chief can be removed," he explained.

Nursahri revealed the statement by the police chief that he said there was no beating was an attempt to protect his subordinates who had violated the procedures.

As is well known, the chairman of the DPR commission in Aceh I, Azhari Cage, is suspected of beating a number of police officers during a demonstration demanding that the content of the peace agreement be ended in chaos. Azhari made a report to Aceh regional police.

"I was beaten by 10 police officers when I asked students who demonstrated not to be beaten. At that time, students were chased by the police," Azhari said when he met after making a report at the Ace Regional Police Department on Thursday (8/15 ) in the evening.

"I was rubbed in the shoulder, ribs. They also hit me on the head earlier," Azhari said.

Banda Aceh Police Chief Senior Commissioner Trisno Rianto denied that his members had beaten Commission President I Azhari Cage when the demonstration ended in chaos. According to him, there was a boost in the action.

"If he is beaten, I say no beatings because we provide demonstration activities," Trisno said when asked for confirmation on Friday (8/16).