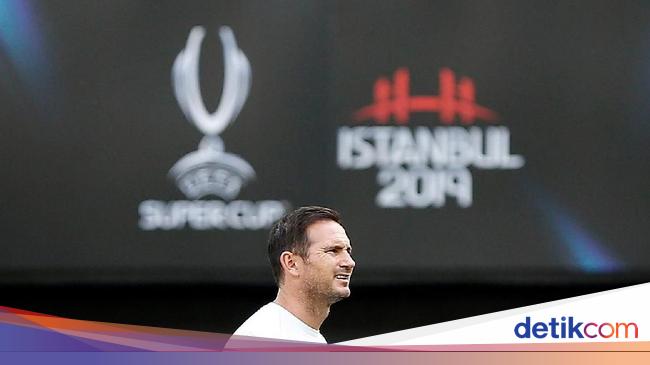 Istanbul – Appears twice in the UEFA Super Cup, Frank Lampard always fails. On the third occasion, Lampard no longer wanted to be sad and ready to celebrate the Champions Party.

But it all ends in failure. In 2012, the Blues beat 1-4 at Atletico Madrid, while a year later they beat Bayern Munich by penalties.

It can be said that the UEFA Super Cup title was one of the few trophies that escaped Lampard's grasp while still playing. The opportunity to appear there came for Lampard when he became Chelsea manager this season.

Lampard will lead Chelsea as Champions in the Europa League to challenge for the Champions League Champions at Vodafone Stadium on Thursday (15.08.2019) early in the morning. So the 41-year-old is ready to address his curiosity this week.

"This title is very important to the club. I lost twice, one of which is even very bad, despite the Champions League status and we performed poorly at that time," Lampard told Sportskeeda.

"It's very important that you perform optimally to be a champion. This will be another trophy for the club," he continued.

This is Chelsea's fourth appearance in the European Super Cup. They first appeared in 1998 as Cup Winners of the Cup Winners' Cup and emerged as champions after beating Real Madrid.