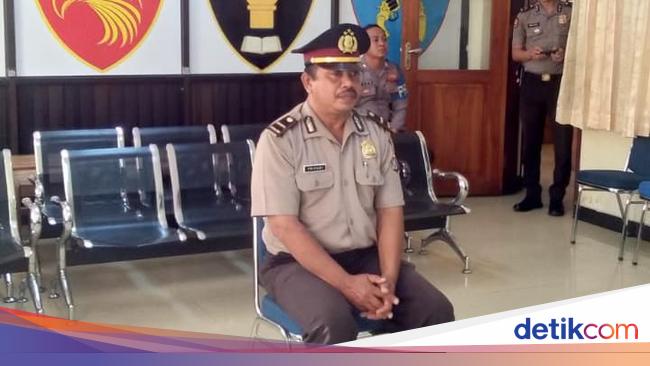 
Jakarta –
The Southeast Sulawesi (Sultra) Regional Police fired the first officer (pama) of Kendari Regional Police Station, Ipda Triadi, for 62 days without entering the service without explanation. Triad's reason for not coming to work was that the South Sulawesi Regional Police questioned him as a motorcycle taxi because Triad's salary was considered sufficient.

"It is clear that the person confessed his mistake, namely leaving his job within 62 days. He was a dummy at the Kendari Police Department," AKBP South Sulawesi Regional Public Relations Officer Harry Goldhard said Sunday (11/08 / 2019).

Harry said Triadi had set a basic salary, benefits and wages of Rp 8 million a month. According to Harry, it doesn't make sense if Triad left his duties with the police for an income of Rp 30 to 50k per day from ojek,

"The pay is basic enough. IPDA-ranked police officers can bring salaries and wages to the home for about 7 to 8 million. So there is no reason," Harry said.

Harry regretted that Triad's behavior was seen as a rush of responsibility. "His duty is to perform, to serve the community, to enter the office, to work because he is paid by the people," Harry said.

For your information, the Triads have gone through a code of ethics since they left the task for more than 30 days without the permission of the management. In the process, he was determined to be sanctioned with a permanent dismissal (PTDH).

Harry said that Ipda Triadi had violated the National Police Code of Ethics in the form of leaving the task without management's permission for more than 30 consecutive business days. This violates Article 13 (1) Jo. Article 14 (1) of PP RI letter No 1 of 2003 and Article 7 (1) (e) of Perkap Issue 14 of 2011 on the Police Professional Ethics Code.

Harry explained there were a number of facts that were revealed in the process in which Triad had left the task in 2017 for more than 30 business days in a row. But at that time, management gave a policy so that the Ipda Triadi would not be processed during the KKEP session but rather a disciplinary session under the Disciplinary Penal Code (SKHD) Number: KEP / 04 / I / HUK.12.10.1 / 2019 / Sipropam on January 17, 2019

Since taking up the post of Deputy Chief of Police, Waworete Kendari, Ida Triad has left consecutively from August 1, 2018 to August 26, 2018. He has repeated his act of leaving the task without permission from management for more than 30 working days since being transferred as Pama Sat Sabhara Kendari Police Department from 27 August 2018 to 15 October 2018

In the Ipda Triad process, he acknowledged his actions. He stated that he did not perform the task without the permission of the management as he became a driver of a taxi motorcycle with an income of Rp 30 thousand to Rp 50 thousand per day.