The early symptoms of prostate cancer and penile cancer in men 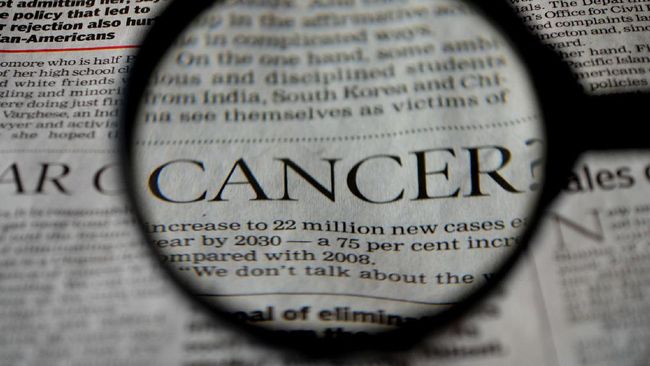 The data show that 1 in 5 men had cancer before 75 years of age. A study in the UK showed that men are more susceptible to cancer than women because of the concept of masculinity.

Men feel the need to show their masculinity by taking an unhealthy lifestyle that increases the risk of cancer.

Prostate cancer is the third most common type of cancer in Indonesia after lung and intestinal cancer. This cancer develops in the prostate, glands in the male reproductive system.

In the early stages prostate cancer appears without symptoms. However, various symptoms may occur at an advanced stage. Beginning with changes in urinary processes are becoming more common, it is difficult to start or difficult to stop, and the urinary flow decreases. Blood may also appear in the urine and pain in the bones appear.

Meanwhile, penile cancer is less common. This disease is associated with human papillomavirus (HPV) infection, just like women's cervical cancer. Symptoms to be observed are bloating, rashes or abrasions that do not heal, and bleeding of the penis.

Men are also often considered negligent in the study of their illness. They mostly postpone the review until the cancer is already heavy.

"Time is a key factor in the treatment of cancer, but we often find that male patients are delaying seeing a doctor until the cancer reaches an advanced stage," says Richard Keek, senior consultant for medical oncology at the Parkway Cancer Center (PCC). commonplace CNNIndonesia.com, Friday (1/2).

Men are slow to check for the disease because they feel that symptoms like fatigue and urinary disorders are only minor illnesses and can be overcome. These symptoms, if not checked, may be an early sign of prostate cancer and penile cancer.