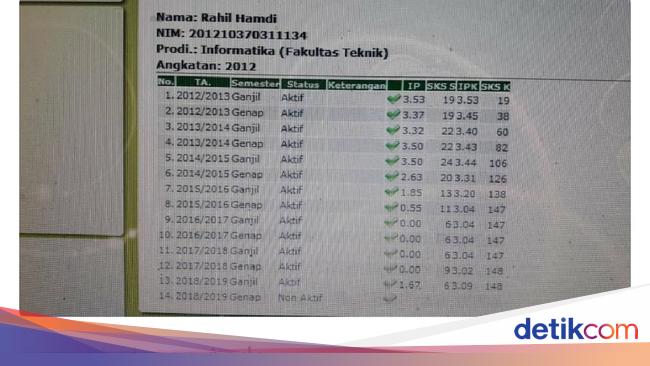 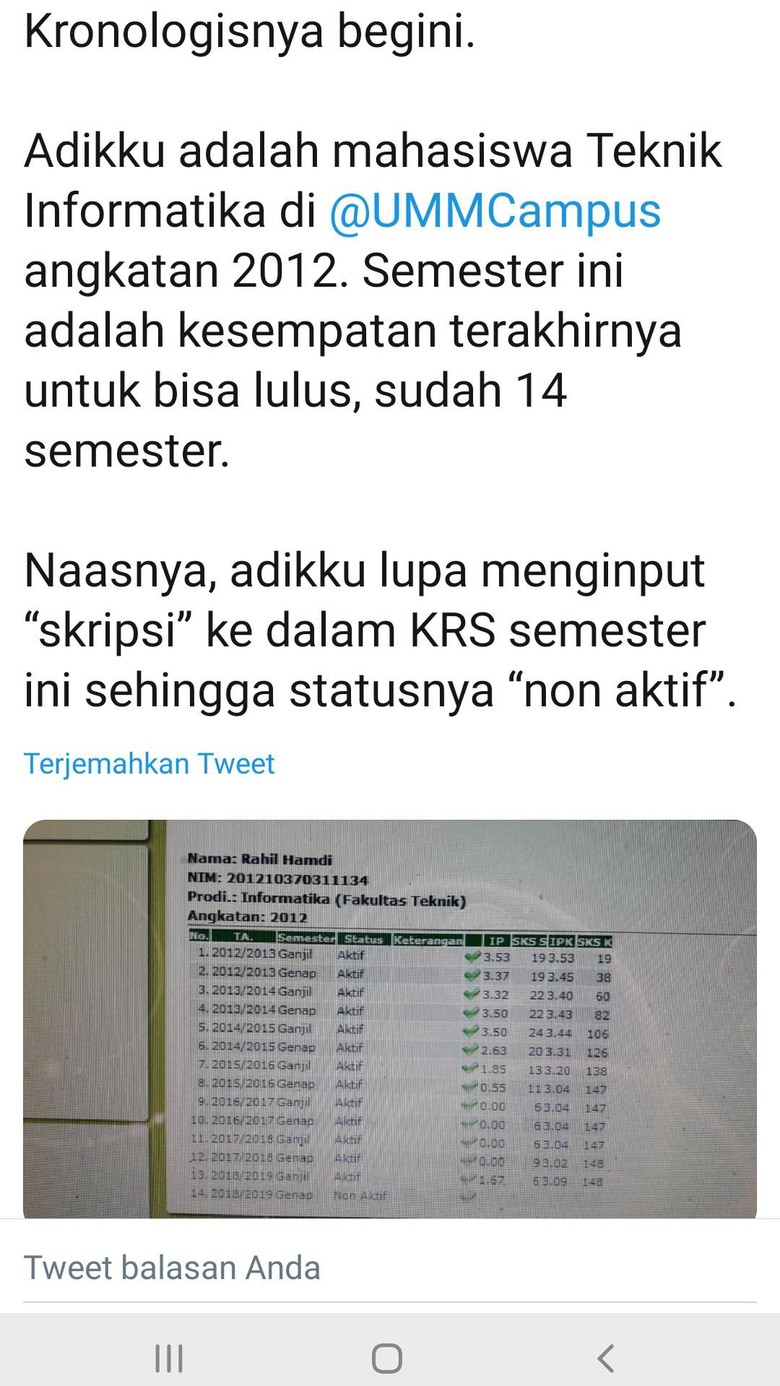 ill-fated –
The University of Muhammadiya Malang (UMM) is talking about a student who threatened to drop out (DO) just because administrative issues are going viral on social media. The UMM student majoring in Informatics was declared inactive in the 14th semester.

UMM head of public relations and protocol Joko Susilo said the problem was explained directly to students and their loved ones. It happened when they both came to the campus of UMM and met with the head of the academic field.

"The person concerned and his or her relatives confirmed themselves on campus and were met with the first field responsible for academic matters. All were explained about the student's situation, conditions and situation. As well as academic records indicating that the position was inactive in semester 14, "said Joko Confirmed AFP, Thursday (08/01/2019).

An inactive question continued with Joko, namely the status of a student named Rachel Hamdani in a semester-based education system directly linked to the Ministry of Science, Technology and Higher Education. The student forgets to enter the dissertation at KRS.

"Since the person concerned did not register at the beginning of the 14th semester. The condition was considered inactive. It was pure negligence on the part of students off campus," he said.

Because, Joko said, a year ago, the campus had brought together all the students. Especially those who study until the 14th semester.

At this time, they were also asked to make a statement to commit to completing their studies. If you are not expected to resign or transfer campus.

"If we think we are silent, this is definitely not true. Because a year ago, it was gathered and made a statement," he explained.

According to Joko, UMM is always committed to taking all students from the beginning of their studies to become scholars. There will be no barriers unless they are created by the students themselves.

He added that UMM continued to coordinate with the Ministry of Research, Technology and Higher Education, as well as Kopertis, to address emerging issues. Changing data is highly unlikely. Because this will be faced with the rules imposed by Kemenristekdikti.

"Campus communication continues to take place on campus, in addition to coordinating with the Department of Research, Technology and Higher Education and Kopertis to find solutions to this problem," he continued.

As previously reported, a UMM student has threatened to drop out even though he has just completed his thesis test. He was threatened with failing to become an entrant solely because of administrative problems such as Quito's Rea Handayani on Twitter, which then went viral.