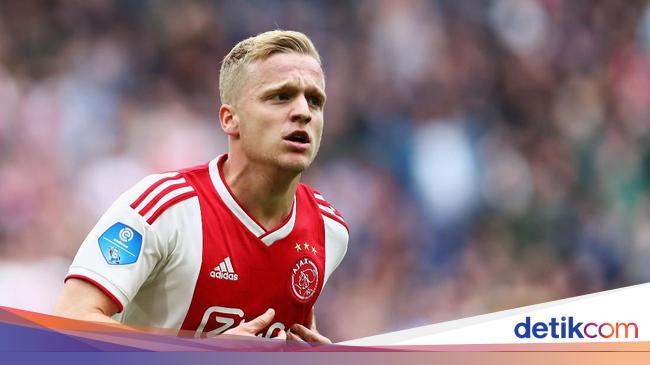 Amsterdam – Donnie van de Beek did not reject Real Madrid's interest in him. But according to the media so far, according to him, excessive.

The name Van de Beek came up after Madrid had trouble introducing Paul Pogba. The reason is that Madrid failed to meet the asking price of € 150m fixed by Manchester United.

With Gareth Bale and James Rodriguez seemingly not for sale, Madrid failed to make much of a player sale. Meanwhile, the purchase of players has reached 300 million euros and will break the financial fair play if Madrid still requires Pogba.

That's why Madrid looked at Van de Beek, who looked extraordinary last season with Ajax Amsterdam. He scores 17 goals and 13 assists, which are considered suitable for a new midfielder in Madrid next season.

In addition, the cost of Van de Beek is less than € 60 million and Madrid certainly does not mind offsetting it. On the issue of his future, Van de Beek admitted that Madrid was really approaching him, but was still limited to rumors in the media.

"But in fact, the situation remains the same, although the media always makes new stories," he continued.

"There is a real interest in them (Madrid), but people are too quick to conclude."

"I haven't even heard the news (as a substitute for Pogba), but it may be true. You don't have to believe the news. A lot of nonsense, I don't have to say what's true or not," he said.