Will the Xpander rally be mass-produced? 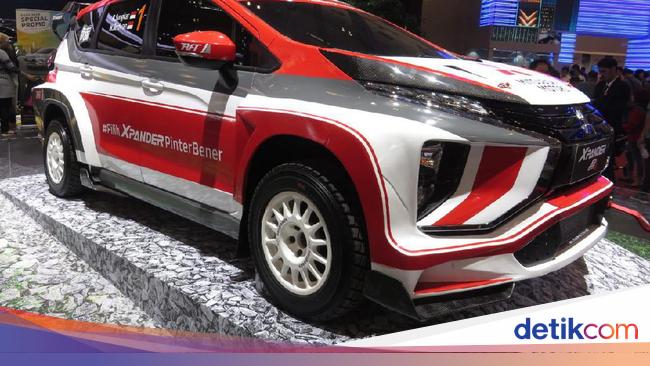 Xpander modification of the AP4 rally version is quite fierce. Vehicles receive aerodynamic devices and various types of enhancements to be used in rally racing.

PT Mitsubishi Motors Deputy Head of PT Mitsubishi Motors Corporation Krama Yudha sells Indonesia (MMKSI), says Intan Vidiasari, with the presence of the Xpander AP4 version, she wanted to prove that Xpander can not only be a daily car but can to be even wider.

Intan signaled that Xpander, used by Rifat Sungkar in the AP4 race, could be a contribution to manufacturers to refine the lead product.

"Later, the Xpander Rally team will come together with this car, of course the results of the rally will be made in natural laboratories to be reported directly to our headquarters, so later on there will be further development of Xpander , so that the Indonesians are more acceptable than the field, which may later be similar to the field that will later be run by the Rifat team on the rally, said Intan in GIIAS 2019.

Rifat will use this Xpander to participate in the NZRC Goldrush Rally Coromandel Rally in New Zealand on August 16-17, 2019. In addition, Xpander will be "tortured" in the National Sprint Rally in five rounds in Indonesia.

Speaking of the Xpander version of the rally, Intan hinted he would give Xpander a new touch. It may be that Xpander will get a rally style like Rifat's style. But Intan did not want to reveal any more.

"This year there may be a surprise from Xpander, which was originally possible here (the rally that Rifat followed with Xpander)." He was expecting the date of the game, which is overcoming, which means Xpander will be shown to the public this year, "said Intan. ,

Meanwhile, Xpander for the rally used by Rifat still retains 80% of Xpander's original body. The rest have leg and engine improvements.

This car has a Mitsubishi 4B11, also dismantled with 1600cc sleeves. The engine is capable of spraying up to 350 horsepower. While the maximum torque is 555 Nm. In support of the performance of the rally, the legs are reinforced with a front suspension and the road suspension is doubled in length. This car also brings aerodynamics to keep the vehicle's wind speed.