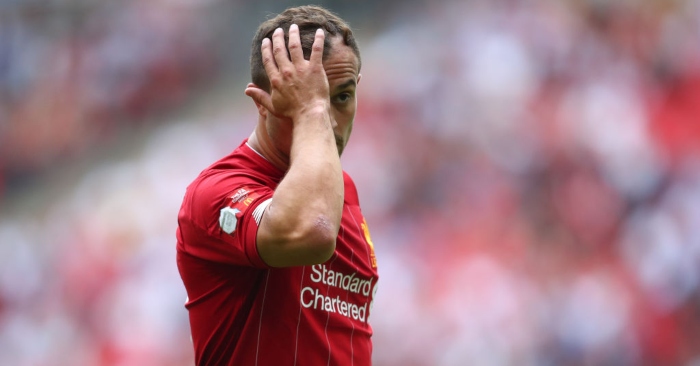 Xherdan Shaqiri talks about his "disappointment" with his reduced role in Liverpool in 2019.

The Swiss star initially confirmed himself in plans for Jurgen Klop's first team since moving from Stoke in the summer to £ 13m, but has not started play in the Premier League since late January.

Liverpool have already played three games this season, but although they have a relatively small squad, they only play for 11 minutes.

"I'm disappointed that I didn't play anymore," Shakiri told the Swiss-language edition of Langenthaler Tagblatt. "Nobody likes to sit on the bench.

"Clearly, I want more time. I have to look at the situation and find a solution. "

Two more weeks remain in the European transfer window, so it is possible for Shaqiri to strive for an exit.

The following will be more appropriate for our Debenhams children range, says Ted Baker – The Times