2018 Fiat Panda is the most sold on the market. And new cars and models are coming soon 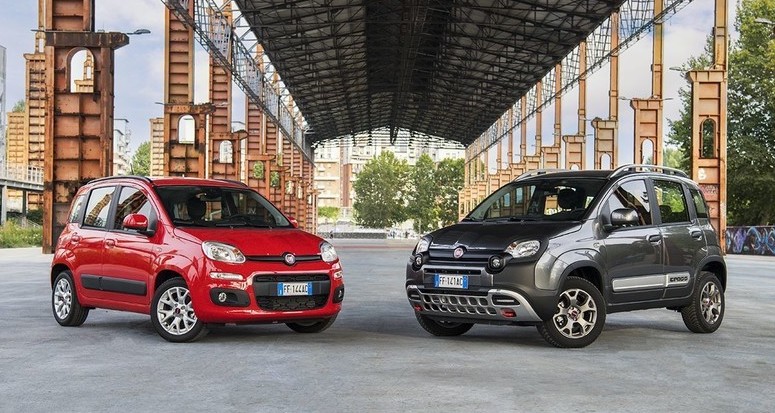 Fiat Panda turned out to be the best-selling car in Italy in 2018, an important indication that shows how Italian prices for this car did not end even after years. And now, with its production and market output, it is an obligation for Fiat to find a replacement that will become the Fiat Panda Mild Hybrid. But there won't be only this model. New cars for different segments and needs will be coming soon.

The first 10 months of the year smile at Fiat because Panda is the best-selling car. There is nothing better than him, as evidenced by the latest data from the Ministry of Transport and Infrastructure. We were also partly surprised, if only because Fiat Panda, as we know it today, was destined to partially give way. Diesel-powered cars will disappear because they are replaced by mild hybrid releases while other electricity supplies will continue to be in place. However, now is the time to think about smiling gifts at Panda, in Fiat and throughout the Turin galaxy, capable of doing better than other vehicles which, for different reasons, have good commercial responses in Italy, such as Lancia Ypsilon, Volkswagen Polo , Renault Clio, Citroen C3, Toyota Yaris Hybrid, Ford Fiesta, Ford Ecosport, Fiat 500, and Jeep Renegade. And that all happened in the context of a market where 25.76% of cars sold were new compared to 74.24% used.

Fiat Panda is the 2018 best-selling car

Then in detail the statistical data from car registration in October 2018, the ranking of the first 10 models is clear, given that 146,655 cars are sold in total:

More generally, Motorization reported that they registered 146,655 cars in October alone, with variations of -7.42% compared to October last year, of which 158,417 were registered.

Outside the Fiat Panda, the rest of the galaxy

In Fiat, the most important innovation is the electrification of 500, ready to accept a lightweight hybrid with a 12-volt system. Headlights also focus on Alfa Romeo with growth driven by current models from Giulia and Stelvio. More precisely, seven new cars will be counted, including smaller models of Stelvio, which are bigger and two sports cars than 4C. They must see the lights as well as the 100-kilometer-hour supercar in 3 seconds and the Giulia coupe version with more than 600 hp of power. Here are six new Maserati models, including a reduced version for Levante. The Alfier Sport coupe must also appear in three different versions: one with zero emissions, one plug-in hybrid and one with a traditional combustion engine.

Here are 10 new Jepp models, which are also electrified and 4 with zero emissions. The stated goal is to occupy three new segments: namely utility vehicles with Renegade mini, in the pick-up segment and a large seven-seater SUV. Also worth mentioning is new special equipment with the introduction of the new Deserthawk range dedicated to off-road vehicles on sand.