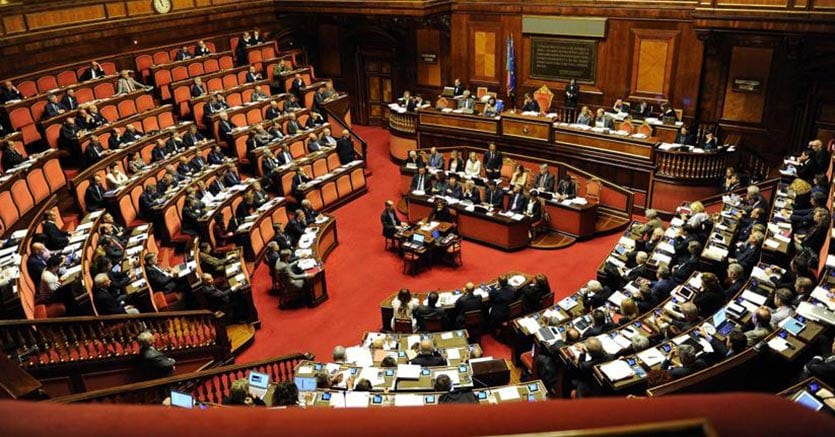 The majority has been rejected in the amendment to Article 25 of the Genoa Decree governing amnesty
on Ischia and which is being discussed in the Public Works commission in the Senate. Amendment 25.12 requests to delete part
therefore, the amnesty provisions apply legal provisions February 28, 1985 n. 47. Amendments approved.
The conversion into law from the decision ended on November 28 and with the approval of the amendment, the text must be returned
before the Chamber.

Genoa Bridge: class action from senders on Autostrade and Mit

Fi Senator from Fi Papatheu rejoiced
The amendment was delivered by the senator from Forza Italia Urania Giulia Rosina Papatheu, catanese, class 1965, who is on Twitter: At the trial the facts of this government proved weak and without a majority.
#winteriscoming. Law 47/1985 mentions "Rules concerning the control of urban development activities. Administrative sanctions
and punishment ". In Chapter IV, articles discuss amnesty of building works, while Chapter V establishes provisions
final. Pentastellis De Falco and Nugnes also voted against the government.

"25.12 In paragraph 1, delete the following period: For the sample definitions mentioned in this article, they are exclusive
application of the provisions of Chapter IV and V of the law February 28, 1985, n. 47. "

Amendment by the Catanese Papatheu senator

M5S, a solid majority, De Falco and Nugnes betrayed citizens
What happened at the Public Works Commission did not concern the government or the majority, which remained solid.
This only concerns two people who have betrayed the commitments made with citizens: Gregorio De Falco and Paola Nugnes. The work of the committee continues and we will correct this unfavorable distortion in the DPR, the group leader announced
5 Star Movement in the Senate, Stefano Patuanelli, on the outskirts of the committee work.

From Renzi to Nencini tweet from the opposition
Immediately tweet from the opposition senator. Today at the Government Commission has been beaten at the building amnesty. I want
say openly thanks to the Five Stars senators who have the courage to choose to oppose this nonsense, he wrote
on twitter former prime minister and senator Pd, Matteo Renzi. The government is in the minority in the public works commission in #Senato about the #Ischia amnesty. The battle was won by the opposition,
he tweeted Riccardo Nencini, the Socialist Party secretary, was elected to the Senate on the Arezzo-Siena campus for center-left. Di Maio was beaten!
At the Senate Commission, amendments were recently approved in the amnesty building in Ischia to avoid at least that they must be used
1985 rules (the most permissive). first step, but not enough. The rule must be removed from DL Genoa, tweeted
vice president of the Chamber, Ettore Rosato (Pd). In embarrassing conditions, the Government went bankrupt, at least in the commission. Even the majority of parliamentarians are majority
they have dignity to oppose. We hope the same thing happens in the DPR, writing on Twitter a representative from the Democratic Party
Francesco Bonifazi .