In Latvia, only half of the girls – healthcare – are vaccinated against cervical cancer 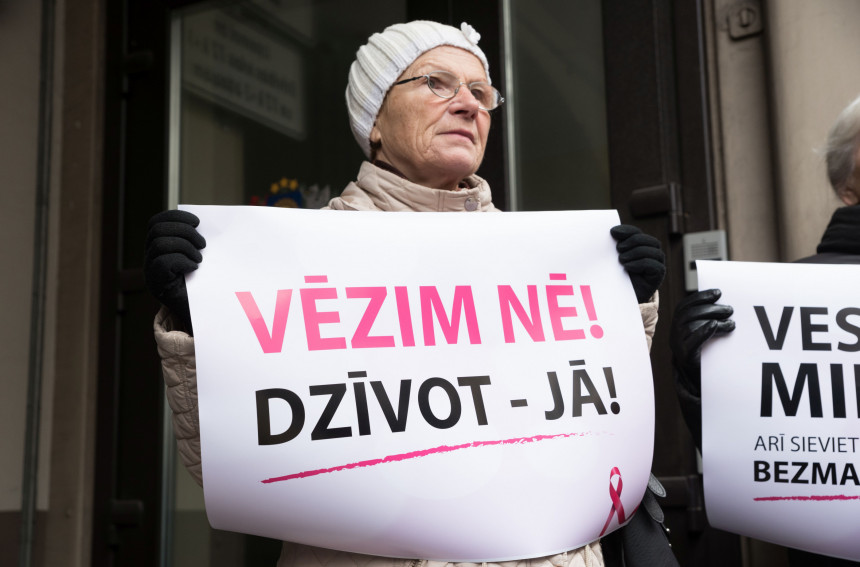 What is a human papillomavirus and how often is it?

Human papillomavirus (CPV) is a virus that infects the deepest layers of the skin and mucous membranes, including the skin of the skin and the genital tract and the mucous membranes. There are about 150 CPVs and almost everyone of us has met one during their lifetime. HPV is divided into "high risk" and "low risk" types, depending on their relationship to the development of the tumor. High risk species can contribute to cervical, vaginal, external genital, rectal and mucosal changes in the mouth and throat, leading to the development of the foreskin and then cancer. But, for example, warts occur when we meet CPV types 6 and 11 belonging to low-risk species. Of all CPVs, 13 are classified as carcinogens.

How can this virus get infected and how does the infection get?

Although it is common for the public to believe that the CPV is a sexually transmitted disease, this virus can also be infected during housekeeping and delivery. The infection occurs mainly through contact between the skin and the skin and the lining. However, it should be noted that during sexual intercourse, the risk of contracting one of the carcinogenic species is higher than that of household contact.

CPV can manifest as warts in different parts of the body, including genital warts and airways, but there are also CPV types that are not visible from outside. The fact that we have no events does not mean that we are not infected with CPV. It is the carcinogenic CPV types that have been "quietly" sitting in our bodies for several years while developing pre-cancer and cancer.

What is the likelihood of HPV causing cervical cancer?

Most CPV infections are transient and do not have clinical consequences. Facing a new infection in about 70% of our cases, our body released it within one year and 90% in 2 years. Sometimes, however, viruses, especially carcinogens, manage to "deceive" our immune system and "get caught" in our cells for a long time. Prolonged viral strain in our body and reproduction are the most common types of CPV 16 and 18. CPV16 is responsible for nearly 60% and CPV18 for more than 15% of all cervical cancer in Europe. Not so often, but another 11 high-risk viruses can also cause cervical cancer.

Can the vaccine available in Latvia protect all types of CPV and completely prevent cervical cancer?

No vaccine protects against all types of CPV. There are a total of 3 different vaccines in the world that protect against the 2, 4 and 9 most common types of cerebral palsy of cervical cancer. In Latvia, girls aged between 12 and 18 pay the vaccine against the two most common types of cervical cancer, types 16 and 18, of the CPV. This means that currently the vaccine paid in Latvia reduces the likelihood of developing cervical cancer by about 75%. Several European countries, including Estonia, pay for a vaccine against 9 types of CPV. Both vaccines used in Europe are completely safe, but only the enclosure is different. The 9-valent vaccine reduces the risk of cervical cancer by about 90%.

Is vaccination against human papillomavirus recommended for both sexes?

Because CPV-induced illnesses affect both women and men, both sexes can and should be vaccinated. The predominant assumption of vaccination against CPV is between the ages of 9 and 26, but the recommended age may vary from country to country. For example, the FDA in America officially confirmed that vaccination was effective for women under 45 years of age. It has been shown that women are less likely to get HIV infection over the years. In contrast, men are more likely to have an infection throughout their lives.

Why vaccination is paid only for girls in Latvia?

That's more money. In advanced countries, boys have already been vaccinated against human papillomavirus. Boys and men are also carriers of this virus, and the virus can cause not only cervical cancer, but also rectal, penis, and other localizing tumors that may occur both in boys and in men. There are generally 20 countries, such as Austria, Sweden, USA, Canada and Australia, where boys are also vaccinated in the national program.

How Safe Is This Vaccine And What Are The Most Common Side Effects?

The vaccine is completely safe. Its safety has been confirmed by orchestrations such as the World Health Organization (WHO), the American Food and Drug Administration (FDA) and the European Medicines Agency (EMA).

After natural infectious infections, the levels of antibodies in the body are low and unstable, but vaccination provides strong and lasting immunity.

Opponents of vaccination do not mention the fact that this vaccine contains substances that are harmful to health, such as aluminum salts that can promote autoimmune diseases and polysorbate 80, which they believe can contribute to infertility. What would you answer to their arguments?

Since the vaccine was licensed in 2006, more than 270 million doses of CPV vaccines were vaccinated and there were a number of reports of safety-related summary information, none of which confirmed that the vaccine may not be safe. Usually, the World Health Organization recognizes the safety of the vaccine as safe, but the CPV vaccine is recognized as extremely safe.

For more than 80 years, aluminum salts have been used in vaccines to stimulate the body's immune system to produce antibodies faster and the concentration of aluminum taken with the vaccine is considered to be harmless to health. Aluminum is also naturally absorbed from milk, food and water, and the amount of natural aluminum is significantly higher than the amount of aluminum produced by the vaccines.

Polysorbate 80, which is presented as poison, is also a substance found in cosmetics and food. This helps the components to stay together. The dose of polysorbate 80 in the vaccine is not harmful to health and has been confirmed by studies.