Last year's turnover of SIA Domenikss was over EUR 48 million 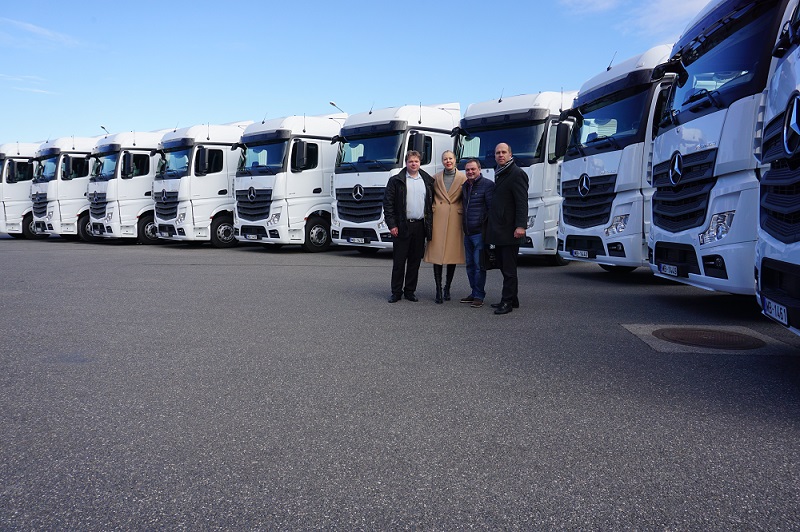 The general manager of Daimler AG in Latvia, SIA Domenikss, has a turnover of € 48.4 million in 2018 and ended the year with a profit of € 298,554, despite a general decline in activity in the car trade sector.

Although the Latvian market for new cars showed a 7% growth in the first half of 2018, the year ended with a stagnant 1.7% growth, which also affected the turnover of SIA Domenikss, says Benita Danilenko, chairman of the company board. in response to these challenges, it has not been an obstacle to stable business growth, consistent high quality of service and the identification of new strategic areas.

SIA Domenikss plans to further expand its operations in the Latvian market by opening a new service center and offering customers the latest Mercedes-Benz models, thus consolidating its position as a leading first-class car dealer.

"Our goal is to become the most effective organization in the industry, so we will continue to invest purposefully not only in IT and to improve the skills of our employees, but also in the development of the company. The strategic step will be to expand the business by opening a new truck sales and service center in Pierig at the end of this year. "Benita Danilenko outlines plans for the company's 2019 development.

At the beginning of 2019, the company's existing diagnostic technologies were significantly improved by investing € 37,000 in the state-of-the-art Hunter HTA-MBHD geometry testing and tuning facility. In the first half of this year, new V-Class Mercedes-Benz customers who complement the minivan, the CLA in the compact segment and Mercedes-Benz GLE – the world's first off-road vehicle equipped with E-Active Body Control – become available for customers in Latvia. Several new models are planned to be introduced by the end of the year to set new standards for the safety, technology and environmental protection of Mercedes-Benz vehicles.

SIA “Domenikss” was incorporated in 1997 and is owned by Benita Danilenko. In 2018, SIA Domenikss paid LVL 9.4 million in taxes administered by SRS. million, including $ 1.14 million. Euro – compulsory social security contributions.