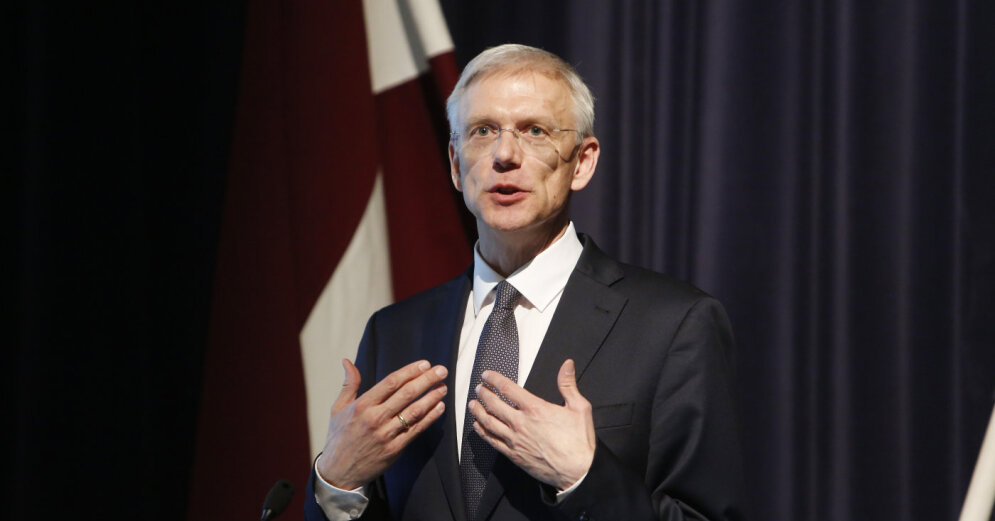 Prime Minister Krišjānis Kariņš (JV) calls on his representative on the Board of Directors of the Fund for Integration of the Society (SIF) not to apply for the position of Imanta's debtors (VL-TB / LNNK), while the debtor believes that members of the SIF Council will take over solution.

On Monday, after a meeting of the Government Coalition Co-operation Council, Karin explained that he had ordered the debtor to work for the SIF Council as Prime Minister as a result of recent changes to the SIF law.

At the same time, the PM stressed that he never had the assumption that the debtor would become the head of the SIF board.

"I do not believe that the debtor should chair the SIF board. I do not even want to. For the sake of clarity, I would urge the debtor to say that he will not apply for the position of chairman of the SIF board," Carrins said.

Asked if he would like to chair the SIF Council, the debtor said he had a clear vision of what the AIF should do.

"The potential of the fund is far from being used; the worse is that SIFs have a significantly larger administrative resource than similar funds. As many SIF programs should be outsourced to non-governmental organizations (NGOs) as they can achieve the best and most accurate goals. "The principle is to raise money. We need to stop and more money should be directed directly to NGOs. I am calling for a meeting on the SIF board to discuss how best to achieve results," the politician stressed.

As reported, the amendments to the SIF Act, which came into force on July 23 this year, stipulate that the Council no longer includes representatives of the planning regions, which means that the Council is also deprived of its chairman, formerly a representative of the Zemgale Planning Region Development Council. Elgava Municipal Council Chairman Andris Ravins (ZZS).

The debtor, on the other hand, had earlier stated that he would apply for the post of head of board, hoping to make the foundation's work more efficient and transparent. In response to the debtor, the non-governmental organizations represented on the SIF board decided to raise their candidates for the position of chairman of the SIF.

By law, the SIF Council is currently composed of a representative of the Prime Minister, five ministers in certain fields and five representatives of non-governmental organizations. Decisions are taken in at least seven of the 11 votes.