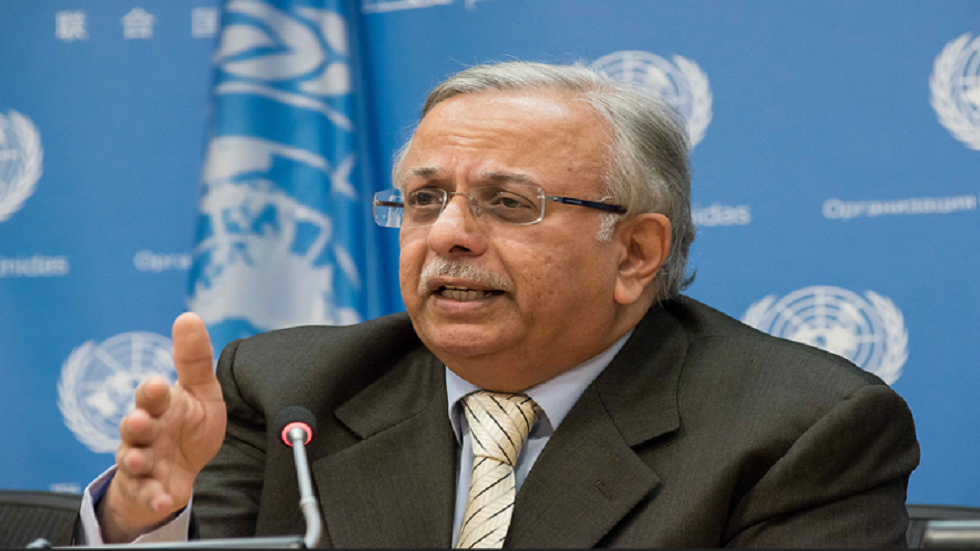 Saudi Arabian Permanent Representative to the United Nations, Abdullah bin Yahya al-Maalammi, on Wednesday stressed Riyadh's readiness to establish a relationship of cooperation between the Arab countries and Iran.

In his address to the UN Security Council in New York, Al-Momolem said relations should be based on the principle of good neighborliness and non-interference in the internal affairs of states and respect for their sovereignty.

Saudi Arabian Permanent Representative to the UN said Iran's continued negative behavior in the region would only undermine international peace and security.

He added that Huiti's clear and categorical support has become a threat to regional security, international shipping and a threat to civilians in the region.

He said the Iranian government's threat to close the Hormuz Strait and continue to attack and detain merchant ships bears the responsibility of the Security Council to stand firm and to carry out its core tasks and work to maintain international peace and security.

"We strive to restore security and stability in the region, and the only real way is to respect all the countries in the region for the principles of good neighborliness, refrain from using or wielding force, intervene in the internal affairs of states, and disrupt their sovereignty, "he said. It contravenes these principles and undermines the requirements of trust.

Al-Mohalimi said the continuation of Houthis, backed by Iran to expand control of the joints in Sana for the fifth consecutive year, has created a focus in the region involving terrorist acts, noting that Ansar Allah continues to use international resources and humanitarian aid as a weapon for its "illegal". The Yemeni people and their basic needs.

The Saudi representative concludes that what the Houthis do is to scare security guards and direct civilian installations and infrastructure to the kingdom, "revealing the destructive nature and thought that are only known as destruction and destruction."