Gold falls from a two-week high as investors receive profits 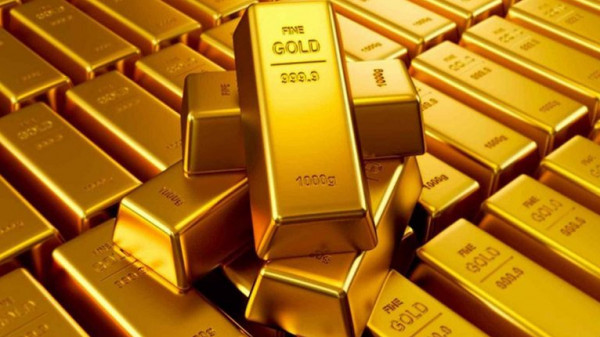 Gold prices fell from its highest for two weeks on Thursday, as some investors took advantage of the profits made by the yellow metal in the final session to make a profit.

According to Reuters, gold has risen by nearly 1.5 percent in the previous session after the US dollar dropped after US housing data weakened than expected, boosting the Federal Reserve's chances to cut interest rates.

The dollar index, which tracks the US dollar against a basket of six major currencies, declined 0.2 percent today. The index rose to a one-week high in the previous retail sales session in the United States, but fell as the yield on the Treasury dropped after weak US housing market data and concerns over the ongoing US-China dispute.

At the same time, the US central bank is expected to cut interest rates by 25 basis points during its monetary policy meeting by the end of the month, with some bets on the market even at 50 basis points.

The US economy has continued to grow at a moderate pace in recent weeks, as consumers continue to spend with "overall positive" prospects, even in times of shocks in US trade policy, the Fed said on Wednesday.

For other precious metals, silver rose 0.5% to $ 16.05 an ounce after reaching its highest level on Feb. 20 to $ 16.12. Silver is heading to gains for the fifth session respectively.