Infection can be caused by "hell kissing" 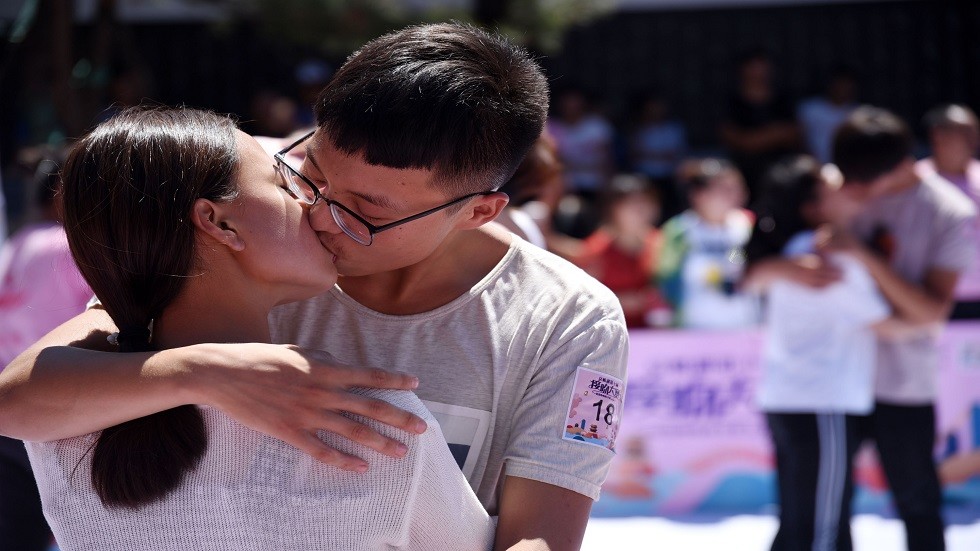 Infection can be caused by "hell kissing"

One of them spends two weeks kissing her dear, following the advice of singer Mohamed Abdel Wahab, in her famous song "Jafna Alam el Ghazal" from the lyrics of "Little Akhtal" Bishara El Khoury: "We have burned our souls in Hell from kisses"

Pleasant physiological process, flashing emotions, stirring up emotions, improving mood and helping to fight stress. But kissing can be the cause of a contagious infection.

As is known in the oral cavity of human millions of microbes, it never frightens lovers. But the terrible infection is found in ulcers of the oral cavity, tongue and gums, as well as in dental diseases.

Herpes virus – This virus can easily go through kissing The first symptoms of bubonic blisters begin to gradually develop into wet ulcers, which require a long period of healing. In a specific case, these lesions affect the gums, fingers and even the genitals.

Doctors of infectious diseases recommend that you consult with your doctor when these symptoms occur because neglecting leads to serious consequences that can lead to death. It is known that ultraviolet light accelerates the development of the disease, complicating the treatment.

Infectious mononucleosis, also known as "kissing disease," clearly shows how it is transmitted. Symptoms of external disease are fever, tonsillitis and swollen lymph nodes and confirm the blood analysis of the disease. The disease lasts for two weeks. Initially, one is believed to have tonsillitis because the symptoms of the two diseases are very similar. The real cause of the disease, however, is the Epstein-Barr virus, which, when it enters the bloodstream, spreads throughout the body, causing injury to all internal organs. Even when the disease starts early, the virus stays in the human body for a lifetime when the body is weakened, the disease worsens again.

Viral cell enhancer infection – viral "living" disease in salivary glands. When the immunity of the body does not endanger human health, but even in the case of a simple disease, it immediately activates and begins its attack. This virus poses a serious risk to pregnant women, infants and people with HIV.

More than 40% of the world's population is infected with the disease, according to scientists from the United States, which is a good reason to refrain from exchanging kisses during pregnancy and when the disease is insignificant.

Symptoms of the disease are similar to the previous disease, but with age it is repeated. Other causes of the disease include physical injuries, depression and the use of strong drugs and drugs. In 2009, scientists from China conducted a study and announced on the basis of their findings that it destroys the blood vessels, which is a key proof of its development. Infected cells begin to produce a protein that causes high blood pressure. No vaccine yet.