Oman is one of the healthiest Arab countries in the world 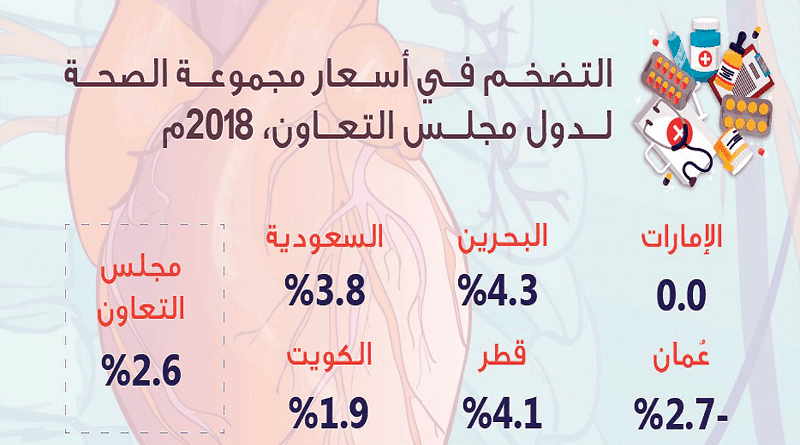 The Gulf Statistical Center revealed that the Sultanate is one of the Arab countries, topping the list of the world's healthiest countries according to the 2019 Bloomberg Index and the fourth in the GCC's list of health systems in the Middle East East and North Africa. Core capacity to implement health provisions according to WHO standards 2010-2017 90%.

Regarding the GCC countries' performance on the most important indicators of quality of measures and health services, the Gulf Statistical Center confirmed that five Gulf states top the Arab region with 99% in the child index of children up to five years and lead the Sultanate , UAE, Bahrain and Qatar at the level of the Arab countries of the healthiest countries in the world For the Bloomberg Index 2019 Percentage of adults living to 60 years of age increases in Sultanate, Saudi Arabia, 91%, UAE, Bahrain 93%, Qatar 94% and Kuwait 92%.

The Gulf Center also pointed out that all GCC countries are at the top of the seven in the Arab world in terms of competitive global health indicators in 2018 and register 651 health sector standards in GSC countries accumulated through February 2019. The number of patents, issued in the field of pharmacy and biotechnology by the Patent Office of the Cooperation Council 1152 inventions by March 2019. Total value of investment projects in the pharmaceutical sector and new direct medical devices received in GCC countries, nodes and of 231 million US dollars.

The percentage of GCC countries in the indicator of progress in monitoring the basic capacity to implement health regulations according to World Health Organization standards 2010-2017 is 97%, Saudi Arabia 99%, Bahrain 93%, Oman 90%, Kuwait 85% and Qatar 76%.

GCC's foreign trade indicators for goods, medical and equipment rose in 2017 with a trading value of $ 67.8 billion, of which $ 14.1 billion was total exports and $ 53.7 billion in imports.

Data from the 2019 Development Indicators Report GCC countries in the eyes of the regional and international community, which cited the presentation of ministries of health in GCC countries regionally and globally, the Ministry of Health of Oman received first place in the Middle East in the transformation of information in 2018, and protecting the UAE community for the best international idea for 2018 in the field of institutional innovation, while the Bahrain Ministry of Health received an Outstanding Award its contribution to achieving the Sustainable Development Goals in the fight against noncommunicable diseases in 2018 and the Saudi Ministry of Health received the first global award for public services improvement in the Health Program for 2018. The Ministry of Health is ranked fifth in the world as the best healthcare system in 2018 Penal Code 2018