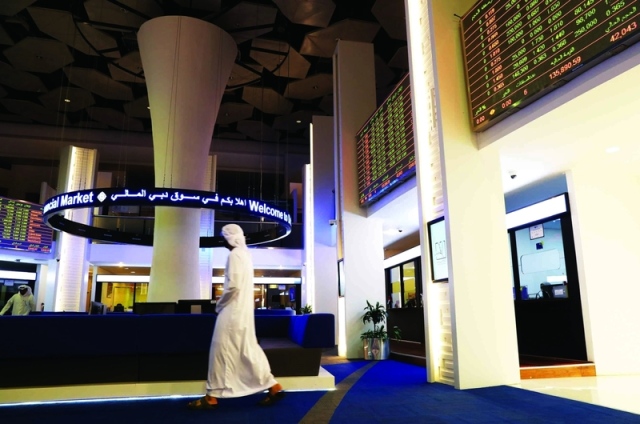 The domestic stock markets fell at the end of yesterday's session amid a noticeable fall in liquidity levels due to the prudent situation, the expectation of global market downturns, uncertainty about the continuation of global interest rates and the wait for the medium-term results.

The Dubai index fell 0.62% or 17.99 points after gains for three consecutive sessions, but remained above 2900 to close at 2900.39 points as real estate, transportation, banks and investment declined, while Abu Dhabi's index lost about 87.68 points, or 1.65% The pace dropped from last June to 5230.22 points, squeezed by the decline in shares of telecommunications, banks, energy and real estate.

The energy sector fell 1.06%, TAQA fell 5% after the EMN meeting to isolate some board members, and Dana Gaz 0.96% against the company's intention to sell its assets in Egypt. The industrial sector fell 2.68%, while Gulfar fell 9.5%.

Dubai Refreshments' profit rose to AED 30.9 million by the end of the first half of 2019, an increase of 181% compared to a profit of 11 million in the corresponding period of 2018.

The Board of Directors of Drake & All International has agreed to appoint Abdullah Al Atratra as Chairman of the Nomination and Remuneration Committee.

The board of directors of Gulf General Investment Company (GCC) will meet on Wednesday to discuss unauthorized consolidated financial statements for the period ended June 30.