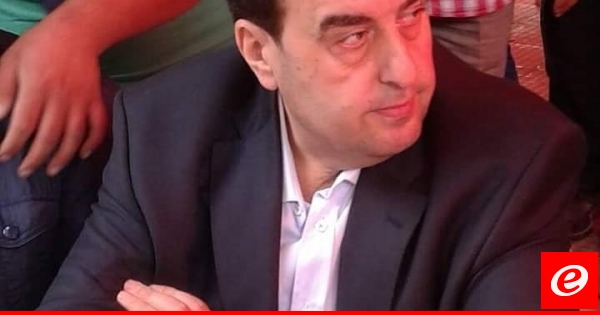 MP Walid al-Bareini said in a speech after lunch held in his honor at the invitation of Qeshlq Rabih Saqr's mayor that "every collapse of the Sunni symbol in Lebanon is the fall of the entire country."

Al-Baraini called for "the need to stand by Prime Minister Saad Hariri and his participation in state responsibility in the current difficult situation."

He also referred to "a crisis of six years of opposition to owners of political homes, and we asked them not to become battered sticks and reasons to hinder the formation of government, and to return to their will in Lebanese interests, not too late, they could retreat from their position and take a positive position in this context. "

"There is internal pain and internal disturbances," he said, "I hope this will be handled internally in the right place, and it is my duty to draw attention to the unity of the voice and the flesh of the class."