The Wind of the Judicial Council and the Government Session: Will Basar Arslani be Discontinued? 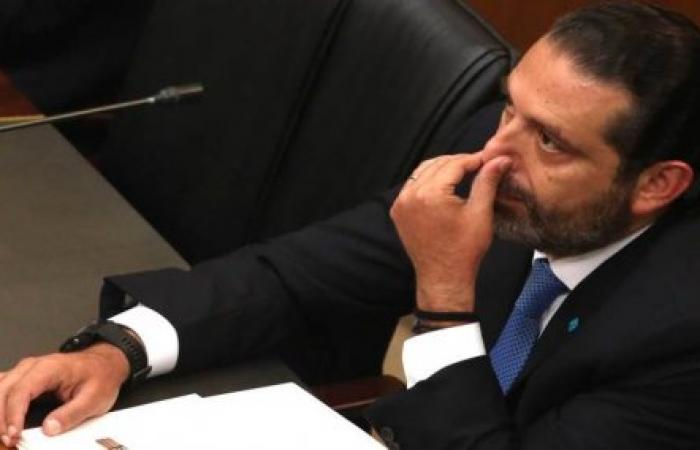 The Moon Spring Books in the Cities:

Various political forces have come to the conclusion that the Kibrischon case file can not be referred to the Justice Council. This has led President Saad Hariri to express his dissatisfaction with the continued and deliberate obstruction of the government's work.

Hariri solutions and hardening
Hariri left room for communication, achieving compromises leading to the healing of the Council of Ministers, without putting the Justice Council's dossier on its agenda without even removing it from the agenda. At first, the question was: Where is the meeting of Hariri, whether in Baa'ba palace or government ministries? He would have preferred a consensus that avoided the government from any explosion or disagreement, and refused to put the transfer of the case to a vote because it leads to a vertical division in the government that could lead to a long-term interruption of its deliberations.

Hariri finds himself in a siege imposed on him by requiring them to set the agenda, which makes him say that the agenda of the Council of Ministers meetings is his authority, and he will not accept that a country will imposed a condition, although it adheres to consensus. When he was offered a government hearing without including the issue of referral to the Judicial Council on his agenda, instead of putting him out of the context, he announced that he would leave the meeting because he would not allow it.

Voting, according to Hariri's verdict and other political forces, is uncontested if the case is referred to Al Adley and if it is not approved. Hariri does not want any party to break. He, like the others, knows that the result of the vote has been resolved so far, which is 15 with a referral and 15 against him, which means a dropout, which is a moral blow to the president of the republic. Even if there are voting variables and approve the referral, Hariri will not accept the suspension of Valid Jumblatt. Such a solution will not be easy to pass, especially when responding violently by the socialist.

Spiral and machinery
Keeping the government is what Hariri wants, and meets him with Aung, Hezbollah and various political forces, first of all. While Aung and Hezbollah support the Justice Council, stability, calm, and government protection are a priority for all forces to advance all other positions. Hezbollah does not want to disrupt its ally (Arslan) or abandon it, but knows that it is unable to achieve what it wants. Aun was categorical about the choice of the Judicial Council, thinking with Erslan that it was time to hit Valid Joylat as a fatal blow, as it was in his weakest political moments, and must be completely enclosed. This has not been approved by either the country or Hariri. They know that Joumblat does not lose his cards, and his answer will surely be ready – no one will be able to predict its consequences. The situation in the country and the outside pressure do not allow such an adventure to undermine stability after Jumblatt has managed to rearrange the country.

And here I began to convinced that the logic of breaking will not produce the desired results. The president, who does not want to give up his ally Talal Arslan, is also interested in his mandate and government. This made Hariri say he wanted to convene a meeting of the Council of Ministers and would inform the chairman that he would not follow the choice of the Judicial Council and should find an outlet. Prime Minister Nashi Berry met with Hariri, who was surprised at the interruption of meetings and the failure to call the government to convene. This made Arslan visit Ain al-Tina, maintaining his position. But Berry was clear: the removal of the government from this attraction and the need to convene rather than be hostage to this dossier should be treated aside.

Joumblatt went up
Arslan's position, which adheres to his demands, faces Jumblatt with new intensity and believes that what happened in Qabrishmoun is the result of previous provocations and military symptoms. He mentioned the incident with Shuwaifat and called for the two files to be merged so that the competent authorities could consider whether they should be referred together to the Judicial Council. Jumblatt's position means that the man has resorted to an escalating tone because he previously agreed to divide the two files. But after the attack, he found that the most appropriate way of defense was the attack.

Did you initiate Hariri?
Against the backdrop of a vicious circle, Hariri remained urgent: invitations to a government meeting he could refer to next week, even if the other party was not present. But in that he may have thrown the ball into his home and take the responsibility for the break.

But other sources consider this conversation only for the media. The planned call will be fake, especially since Hariri is afraid of the presence of everyone and the imposition of a vote. Any calculation error or any change in pressure can cause ministers to abstain. The result is 15 to 12, with three abstentions, which puts the issue in an endless debate about whether to approve the referral. An imperfect order can be made to accept the referral decision and the country will go into a dangerous turn.

Arslan also wants deals
In return for seeking a solution that meets the different forces, there is information that Erslan may be preparing to open a bargaining bazaar to give up its attachment to the Justice Council. There are people who talk about the person who defines a list of requests, starting with appointments and not ending with some "parliamentary" guarantees that are postponed to a later period. Including a parliamentary seat in Hassaba or a parliamentary seat in Beirut. This is in addition to some functional gains in the state.