Wael Kfoury told him not to be exposed … and only ?! (Photo)

Vael Kufuri directed his lawyers through a book about his ex-wife, Angela Bishara, in which he said he would not be exposed to him through print and audio media.

Some of the sites published the letter that was sent to the Lebanese star on July 11, in which Kfouri was not exposed to social media or other media. 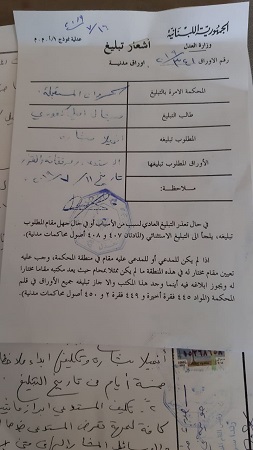 Ms Angela Bishara's lawyer earlier revealed his client's intention to take new measures could be a shock to public opinion and whether the proceedings related to the detention of my daughters Wael Kfoury and Angela Ashraf al-Musawi said there was no dispute for the custody of the two children, and that they live with their mother, and Wael nourishes her daughters when she wishes.

Some technical sites have revealed that Angela Bichara's new appeal will be punished against the cost and expense of the two daughters.

Please do not copy more than 30% of the article