It was more challenging when I took over as prime minister, Najib says 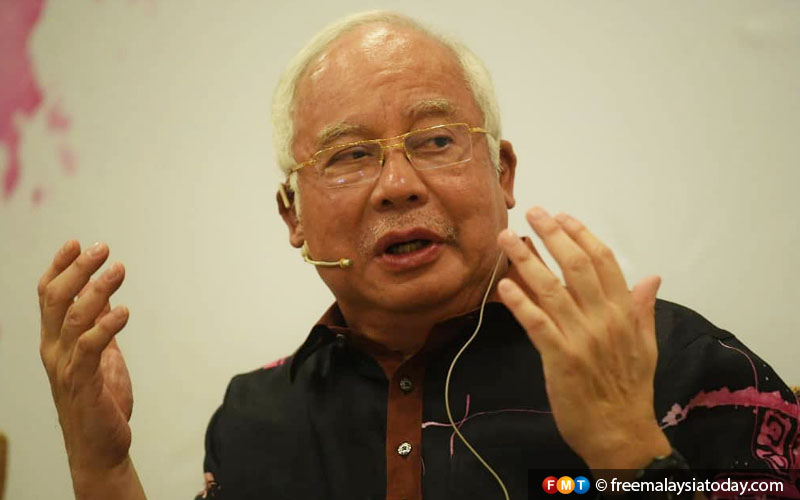 In a Facebook post, Najib, who also served as finance minister, said he took up the reins of the country at a more challenging time than Prime Minister Dr. Mahathir Mohamad.

He said this is because PH needs to take on an administration riddled with corruption and burdened with debt stemming from Najib's government.

Najib returns to PH today, listing the differences when he took over from Abdullah Ahmad Badawi in April 2009 and when he left office.

Najib said the government deficit has also increased, while exports and investment have fallen sharply.

"The country's debt at the end of 2008 reached RM306 billion, 14 times more than RM23 billion when it (Mahathir) became the fourth prime minister."

Then, he said, the price of crude oil dropped from $ 140 to $ 35 a barrel while the government was charged with an independent electricity producer (IPP) and toll agreements.

"The stock market index is 800 points. At the time, I didn't blame anyone or complain. We have just started work and launched the National Transformation Plan, "he said, adding that in less than a year, the country's GDP has increased to 7.4%.

Najib said that when Mahathir took over after the 14th general election (GE14), there was no global economic crisis, with GDP growing by 5.9% in 2017 and exports growing by 18.9%.

He said the government deficit also fell for eight consecutive years to just 3% in 2017, while aid to people increased annually.

He said Malaysia's debt, which amounted to RM686.8 billion, is now offset by RM810 billion within PH.

Najib said the stock market index had risen to 1896 before GE14, the highest in history, with global oil prices recovering to around $ 70, with Petronas holding RM170 billion in reserves.

The problem of backbone IPP and PLUS trunk discounts was also resolved, he said.

"So, by comparison, it's clear that it was a lot more challenging when I was prime minister than when the BN handed over the PH government.

"We left them an economy that was in good shape," he said, adding that what happened after that was the responsibility of PH, especially its finance minister and minister of economic affairs.