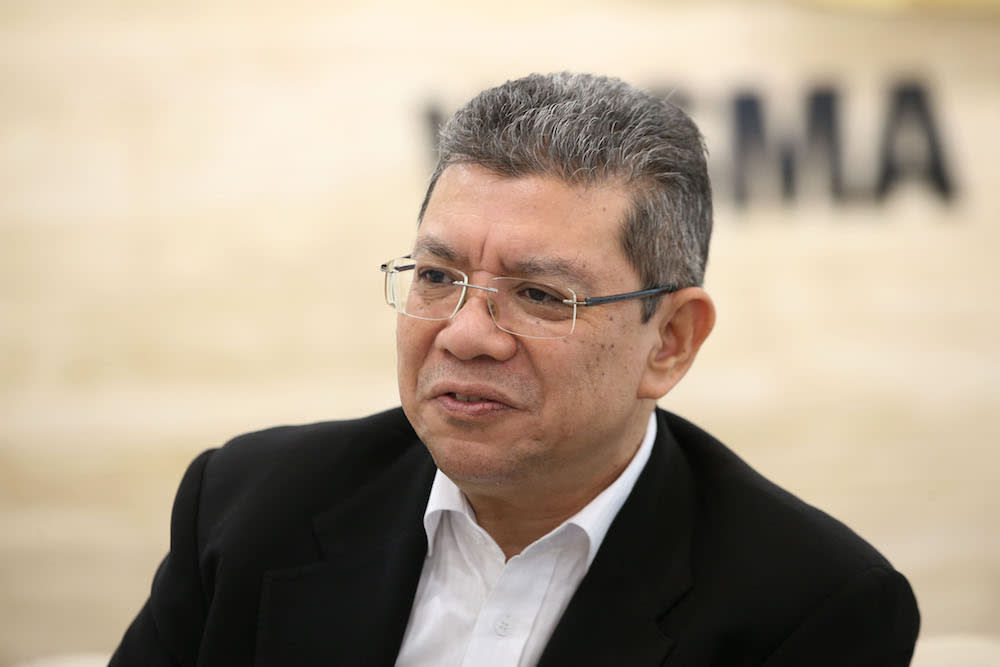 To be held by the Ministry of Foreign Affairs at Wisma Putra here and attended by Foreign Minister Datuk Saifuddin Abdullah, this movement could be said to mark a change in Putrajaya's attitude towards human rights defenders vilified by the previous government.

This was different from the previous administration, which banned Comango just a few months after the last UPR in 2013, accusing most groups under its umbrella of being un-Islamic and unregistered.

The decision was never officially canceled.

"The current government, we have a totally different worldview. We have different views about NGOs.

"Why? Because it is in our DNA which is consultative. Pakatan Harapan is consultative," said Saifuddin, who is also the chairman of the PH secretariat.

Comango spokesman, lawyer Honey Tan, praised Wisma Putra for holding a viewing party, as did the coalition in the last two UPRs.

But representatives from Comango and its secretariat colleagues said that the coalition had been trying for months to collaborate with the ministry when witnessing the review, but did not receive any reply.

As a result, Comango and Suhakam have held their "direct" spectacle party at Bangsar tonight, which will be attended by representatives from Suhakam, NGOs such as Sisters in Islam, Chow Kit Foundation and Women's Aid Organizations, and some from foreign embassies.

When asked, a ministry spokesman explained that the events in Putrajaya were previously private checks within the government, but more guests were invited after Minister Saifuddin was able to adjust his schedule.

The ministry also said that a coalition had requested financial support for its UPR watch program, but Wisma Putra could not fulfill it due to financial considerations.

Another elephant in the room is competition and hostility between the two main lobby groups, Comango and Macsa; between the two, they represented more than 100 NGOs and both sent representatives to the UPR in Geneva as part of the stakeholders reporting on Malaysia's track record.

The main schism lies in the latter stance that Malaysian human rights policies must also uphold the Cairo Declaration on Human Rights in Islam, where Malaysia is a signatory.

Comango in June this year claimed that it suffered racial and religious hate attacks. This blamed the alleged dirty campaign on state and private-backed groups under the previous government, including the Coalition of Muslim Organizations in the UPR Process (MuslimUPRo) – a precursor to Macsa.

Saifuddin said that his ministry met both parties before the UPR, where he called for a better understanding between two conflicting world views on human rights.

"Wisma Putra is not in a position to unite the two. I think it's not our job, "he said.

But the minister insisted that the gaps and differences between the two coalitions were small, giving an example of the LGBT community. He claimed that both parties agreed when it came to opposing discrimination against the people, and cooperating with LGBT activists – they only disagreed on recognizing LGBT, with Macsa refusing to do so.

In his pre-UPR statement, Macsa said he supported Putrajaya's efforts to ensure the rights of LGBT people for religious guidance and praised efforts to help the community "to return to the right path".

"In other problems, the difference is very small, most of the time people are on the same page. This gives us, as a government, the belief that in reality we really can move forward in many ways, "he said.

Saifuddin also said that Putrajaya would not attack either party, and would provide assistance to any party that was attacked, referring to Comango's dirty hate reports and campaigns.

He also reiterated Putrajaya's and PH's commitment to human rights, showing that the agreement had its "own way" of looking at this issue. PH pledged in his election manifesto to ratify the core international human rights conventions as soon as possible.

"We are human rights, even though we understand we have our own cultural and religious backgrounds, which may be in certain regions contrary to what is now considered universal through international conventions.

"But we want to go there and talk to people about human rights. If we have our own values ​​that we can share with the world, that is what we want to do, "he said.

Held every four and a half years, the UPR is a UNHRC mechanism that was established in 2007 to improve treatment of human rights in all 193 UN member states.

This process involves a three-hour interactive dialogue, in which UNHRC members will question Malaysia based on reports prepared by the government, UN agencies, and stakeholder reports.

The Malaysian delegation will be chaired by Secretary General of the Ministry of Foreign Affairs Datuk Seri Ramlan Ibrahim, and will include representatives from several ministries, the Attorney General's Room, Jakim, the Orang Asli Development Department, and the Sarawak state government,

The three countries that served as reporters for reviewing Malaysia were South Africa, Nepal and Cuba.