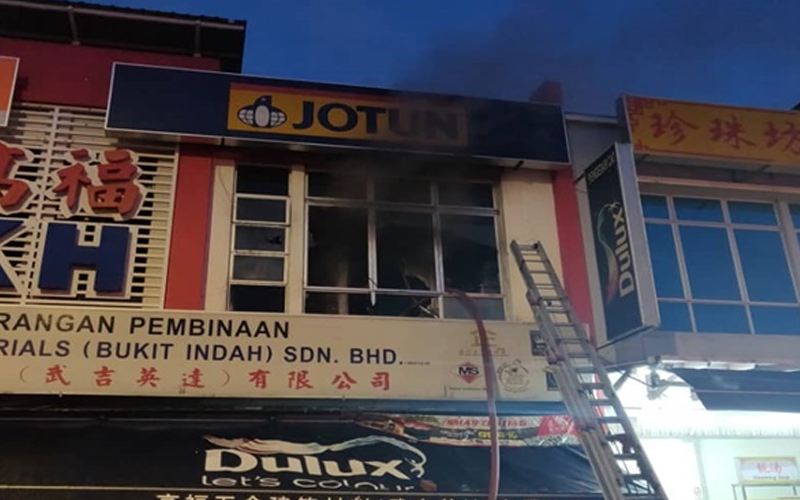 Iskandar police chief Puteri Dzulkhairi Mukhtar said that closed-circuit television footage shows that the man was not identified with a plastic bottle thought to contain flammable liquid that could be used to start the fire.

The two-story building housed a paint shop and home appliances store. The premises, which have been leased since 2013, included first-floor living areas consisting of two bedrooms, a living room, a kitchen and a closet.

Police believe the fire started from the back of the room, near a ground floor grate that firefighters opened to enter the store and put out the fire.

The oil, which is thought to be oil-based, may be washed away at the back of the premises, a statement from Dzulkhairi said.

The victims were a woman in her sixties and her niece in her twenties. They were part of five families affected by the fire.

The remaining family members, including the son of the elder victim, are 44 years old; his wife, 40 years old; and their six-year-old son were taken here for treatment at Sultanah Amin Hospital.

Zulhairy said investigations are continuing on a possible charge of misuse of fire or explosive substance under the Penal Code. The search of the accident was carried out by the forensic services of the police and the fire and rescue service.