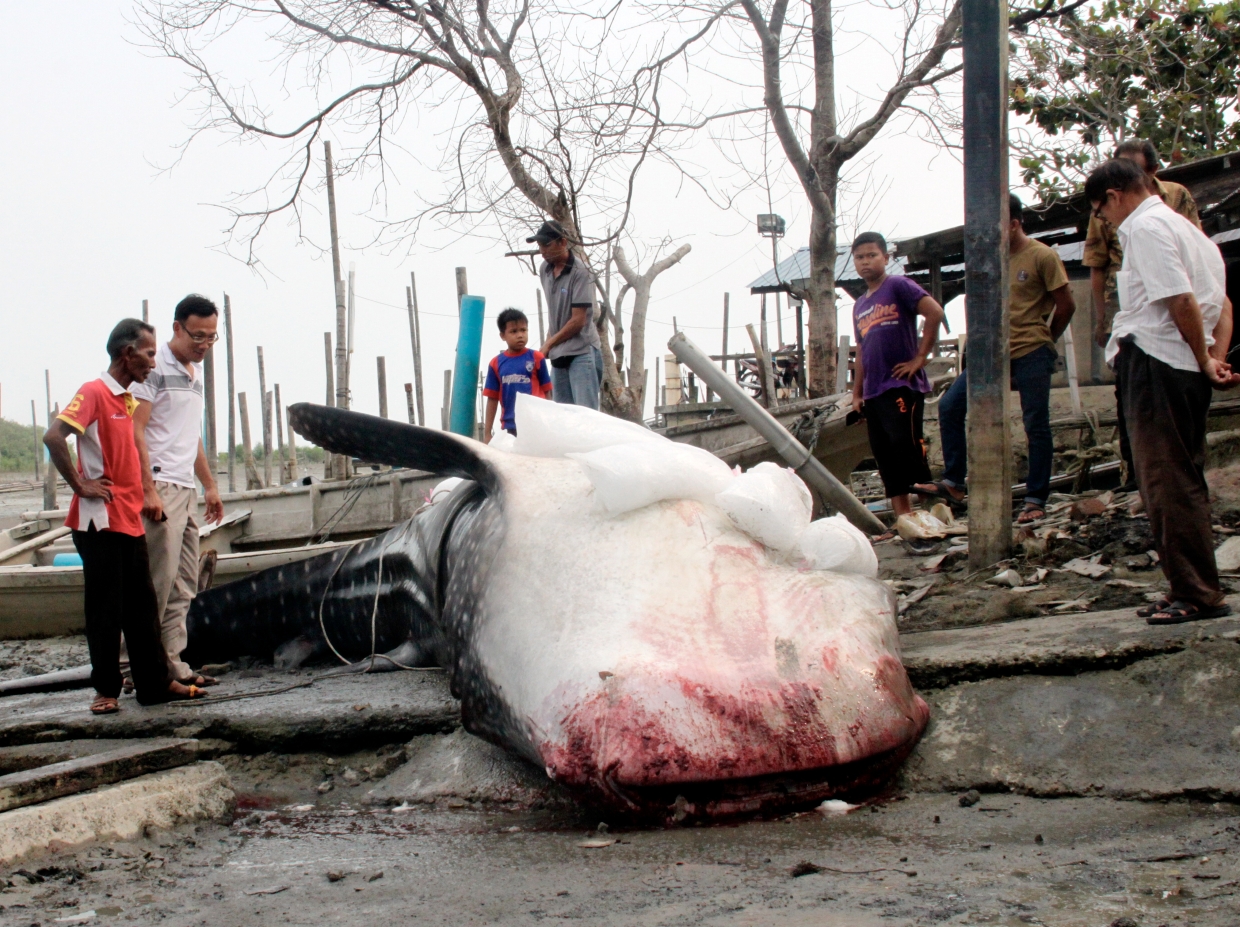 He said the cause of death was still unknown and would be sent to the Turtle and Marine Ecosystem Center (Tumec) in Rantau Abang, Terengganu for post-mortem.

"The whale shark is estimated to be 6.1m long and 1.5m wide while its gender is yet to be identified, but the Resource Protection Unit will open an investigation paper to find out the cause of death including complete information on age, sex and actual size of the fish.

"We believe the whale shark was lost, it may have strayed from its original habitat as the fishermen have never seen the species here before," he told reporters.

Mohd Faris said the whale shark would be preserved once the post-mortem process was completed.

He said the whale shark was an endangered marine species and advised fishermen to contact the relevant agency immediately if they came across such species.

Earlier, the image of the fish went viral on social media attracting many people to come and see the animal besides taking pictures of the carcass. – Bernama

There's a Particular Avengers: The Endgame Cameo That Meant a Lot to the Directors – The Mary Sue